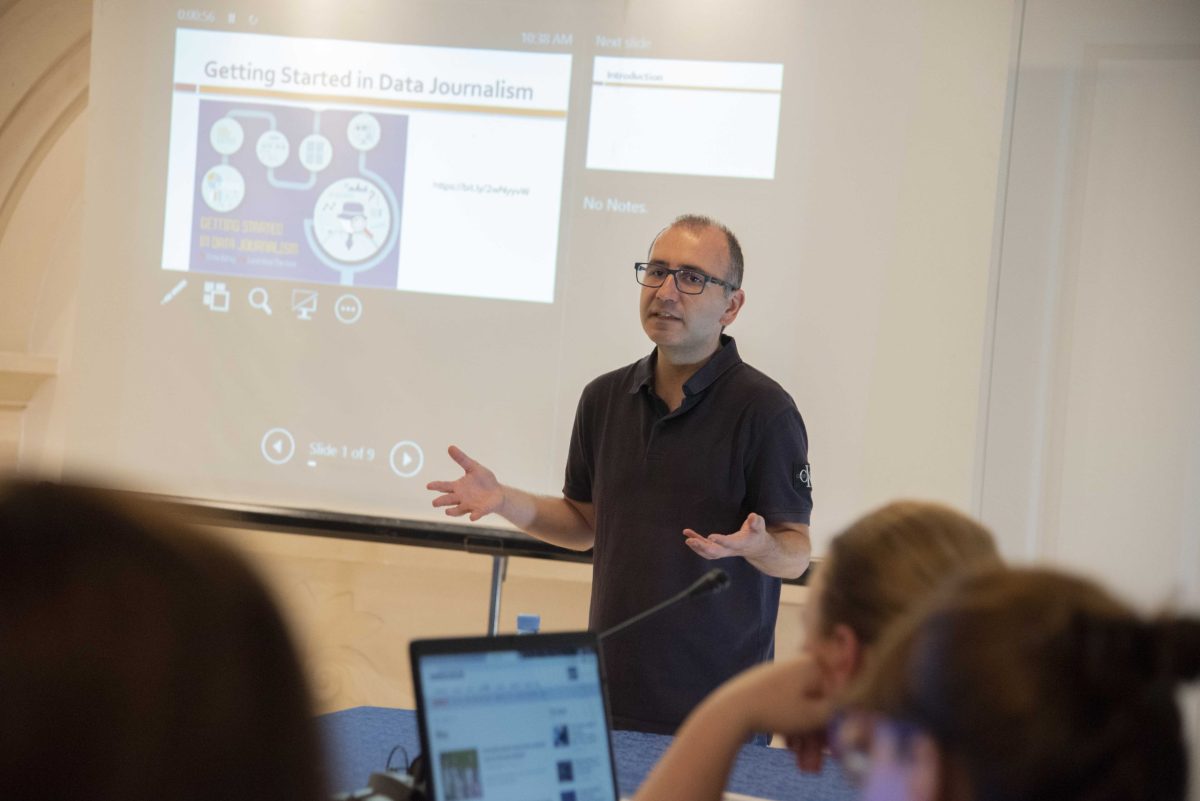 Nineteen journalists and editors from the 12 regions of Albania participated in the BIRN training session held in Tirana.

The training strengthened the capacities of local journalists to think critically and provided them with skills in collecting and curating data in journalism.

The training also focused on familiarization with data visualization software as well as the adoption of basic skills in mapping, network analysis, and text analysis for visualizing their stories.

The training was held as part of the project “Using Big Data and Multimedia to Boost Quality and Independent Journalism in Albania”, a project supported by the European Union.

The goal of the project is to create an enabling environment for Albanian journalists to produce independent content through training, mentoring, technical and financial support, and close cooperation with civil society, so improving freedom of expression and strengthening media pluralism in Albania.