On National Justice Day, May 10, the Balkan Investigative Reporting Network, BIRN, in Albania, held a roundtable on Zoom between journalists and civil society organisations 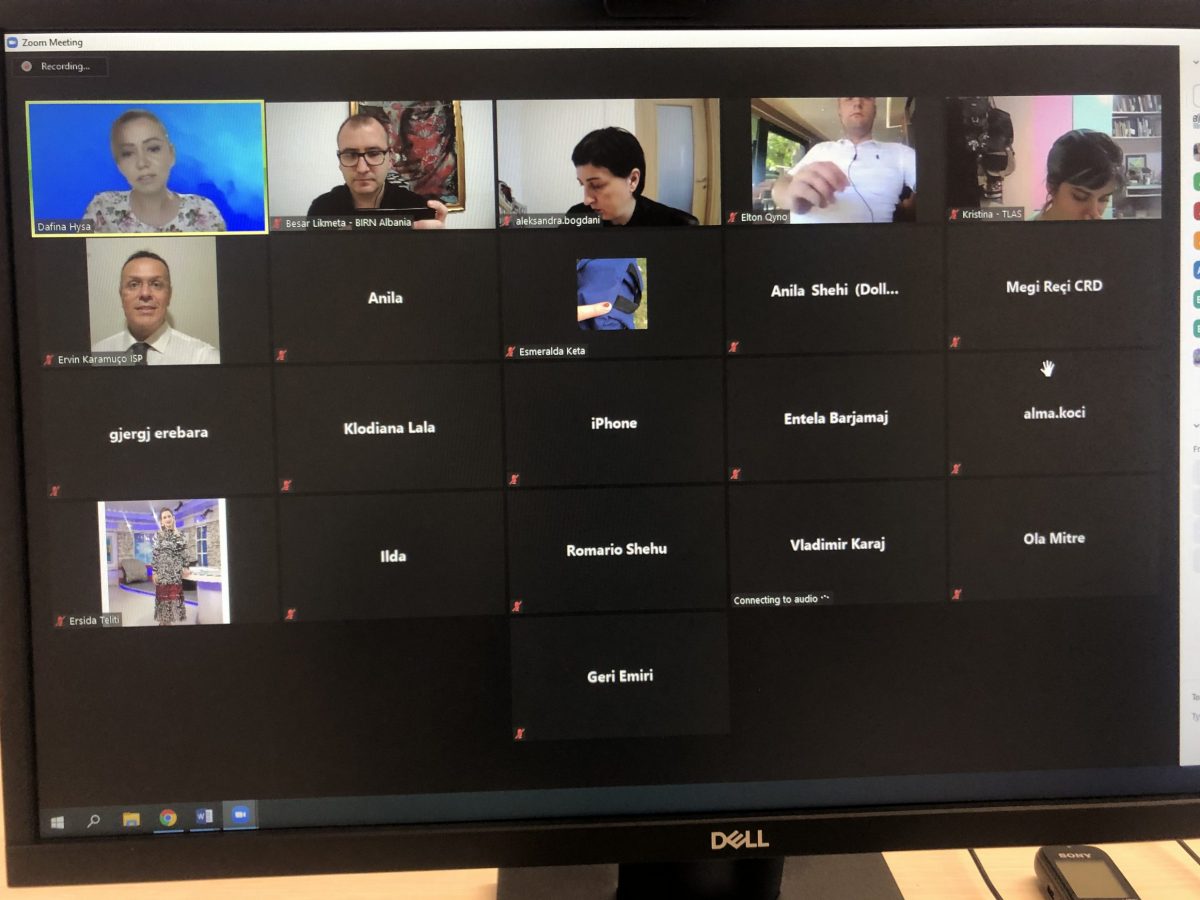 Two dozen journalists and representatives of civil society organisations attended the session where participants brainstormed on the theme of the upcoming call for investigative stories on the justice system that BIRN Albania is launching, sharing insights and building bridges between the reporters and civil society experts.

Discussion focused on fundamental rights and the COVID-19 pandemic, justice reform, the fight against corruption and organised crime and electoral crimes during the campaign for Albania’s April 25 parliamentary elections.

The main aim was to identify the most important issues or problems that civil society believes investigative journalists should explore in greater depth.

The discussion, moderated by TV anchor and lawyer Dafina Hysa, was organised as part of the EU-funded project, “Using Big Data and Multimedia to Boost Quality and Independent Journalism in Albania”.

The project aims to create an enabling environment for Albanian journalists to produce independent content through training, mentoring, technical and financial support, and close cooperation with civil society, so improving freedom of expression and strengthening media pluralism in Albania.

The findings of the roundtable will guide the main topics of the upcoming open call of BIRN Albania to support three local journalists to produce investigative articles.

The selection of the journalists by an independent jury will be conducted based on their proposed topics of investigation as well as partnership with civil society.

During the process of their investigations, the selected journalists will be supervised and mentored on the use of investigative journalism techniques, while establishing closer cooperation with civil society partners in the field of justice.