A feature-length documentary produced by BIRN Albania, ‘Free Flow’, was screened on March 7 at the European Parliament in Brussels as part of a conference entitled ‘Save the Balkan Rivers: Resisting the Hydroelectric Power Plants (HPPs) in the Balkans and Albania’. 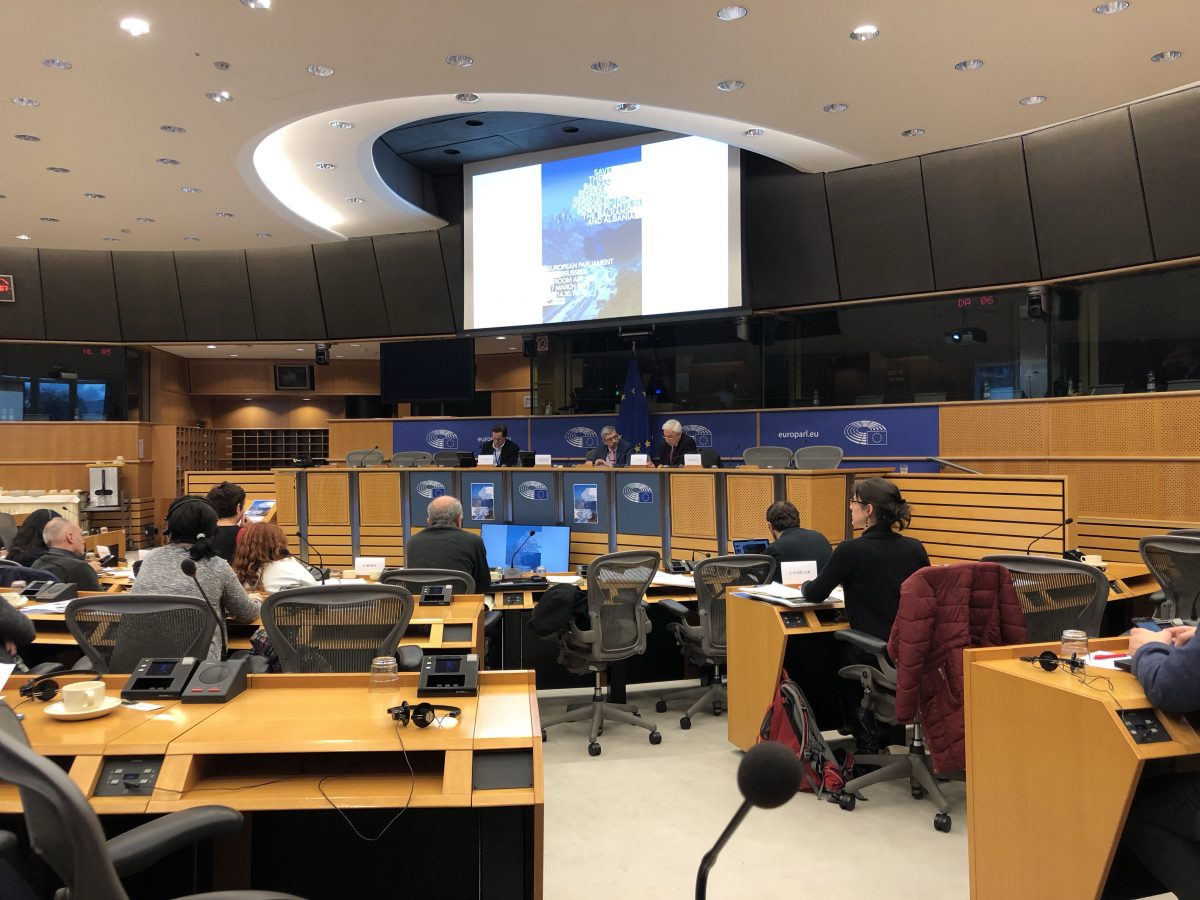 The conference was organised by the European United Left/Nordic Green Left (GUE/NGL) parliamentary group to highlight the threat posed to biodiversity in the Balkans by thousands of planned hydropower plant projects.

Directed by film-maker Elton Baxhaku, the documentary ‘Free Flow’ follows Albania villagers, activists, scientists and artists as they try to draw attention – in court and on the streets – to the threat posed to the environment and the local ecotourism industry by power plant projects.

Present in a panel in the conference in Brussels, along with MEPs Stelios Kouloglou, GUE/NGL and Thomas Waitz, The Greens, BIRN Albania editor Besar Likmeta, highlighted the motivation that pushed BIRN to produce the documentary, underlining that the fight against power plant developers in the region was not only important for safeguarding the environment but was also about the struggle for democracy and the right of local communities to have a voice in the usage and the future of their resources.

The conference included also video spots from MEPs Knut Fleckenstein and Eduard Kukan, and was attended by activist and civil society representatives from Albania, the wider Balkans and EU countries.