Panellists and guests at the ‘Free the media’ debate concluded that in times of financial hardship and other pressures, journalists must unite against new forms of censorship. 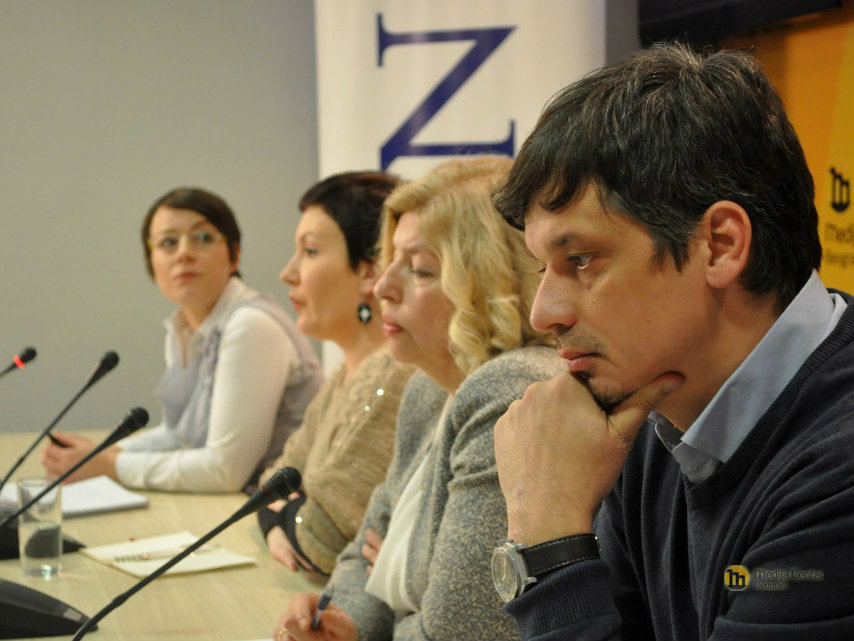 BIRN Serbia and Human Right House organised the first in a series of debates on media freedom on Thursday in Belgrade’s Media Centre.

One of the messages from the debate that gathered more then 50 people, including journalists, NGO activists and representatives of embassies, is the need for journalists, NGOs and citizens to connect and join forces in the fight for human rights and media freedom.

The debate was staged in the aftermath of the campaign launched against BIRN by Prime Minister Aleksandar Vucic after the organisation published an investigation on January 8 published a report on the controversial tender to de-water Tamnava mine.

Jovana Gligorijevic, from the weekly magazine Vreme, the only outlet to republish the BIRN investigation in full, said that the pressures had started even before the story was out.

“While the article was still being drafted, we received a phone call and it sounded like this: We heard that those people of yours [BIRN Serbia] are writing about this topic; if you publish it, we’ll sue you,” Gligorijevic said.

Gordana Igric, BIRN regional director, said the campaign against BIRN revealed the scale of the pressure on media freedom in Serbia.

In two first weeks of the campaign, she recalled, while the media reported on BIRN 294 times, BIRN had been contacted only 11 times to give statements and answer accusations or provide explanations of the story. None of the mainstream media contacted BIRN.

“That does not mean that media don’t want to report, but that they are completely hemmed in by an economically devastated country,” Igric stated, sourcing one of the main problems in the difficult financial situation of both media outlets and journalists.

“We need a coalition in the Balkans. Journalism is the field where the public interest is being defended, it’s not just a field where the money may be earned,” Igric said.

Journalists from southern and east Serbia participated in the debate via a video link from the Media Centre in the city of Nis.

Panellists recalled that while the state murdered journalists back in the Nineties, nowadays it was “killing them financially.”

Predrag Blagojevic, editor of newspaper Juzne Vesti, said the funds that the state allocates to the media are a key tool of control.

“The state pressures and controls the media through the money they give them by secret contracts, and in that situation it is impossible to expect them [those media] to criticise the government,” Blagojevic said.

He added that another form of financial pressure is what his newsroom faces constantly.

“Tax authorities are constantly in our office. Of course there are differences in levels of communications, threats, but the basics of control are the same,” he said.

Jovana Gligorijevic, from the weekly Vreme, agreed that pressures on media were common, and no one should expect them to just disappear; they had to be fought back against.

“Freedom is being conquered,” she warned.

Maja Stojanovic, executive director of Civic Initiatives, a member of Human Rights House, said the media, NGOs and ordinary people had to come together and fight for freedom of expression.

“It is our responsibility that media aren’t free, us as citizens and civil society organisations, because we haven’t done more,” Stojanovic said.

“Free Media” debate was the first in a series of events that BIRN Serbia and Human Rights House will be organising monthly. The Twitter tag on which everyone can follow the events and share the information is #OslobodiMedije.