Serbia’s ruling Progressive Party (SNS) organized an unusual exhibition of negative press articles to back its claim that there is no official censorship in Serbia. 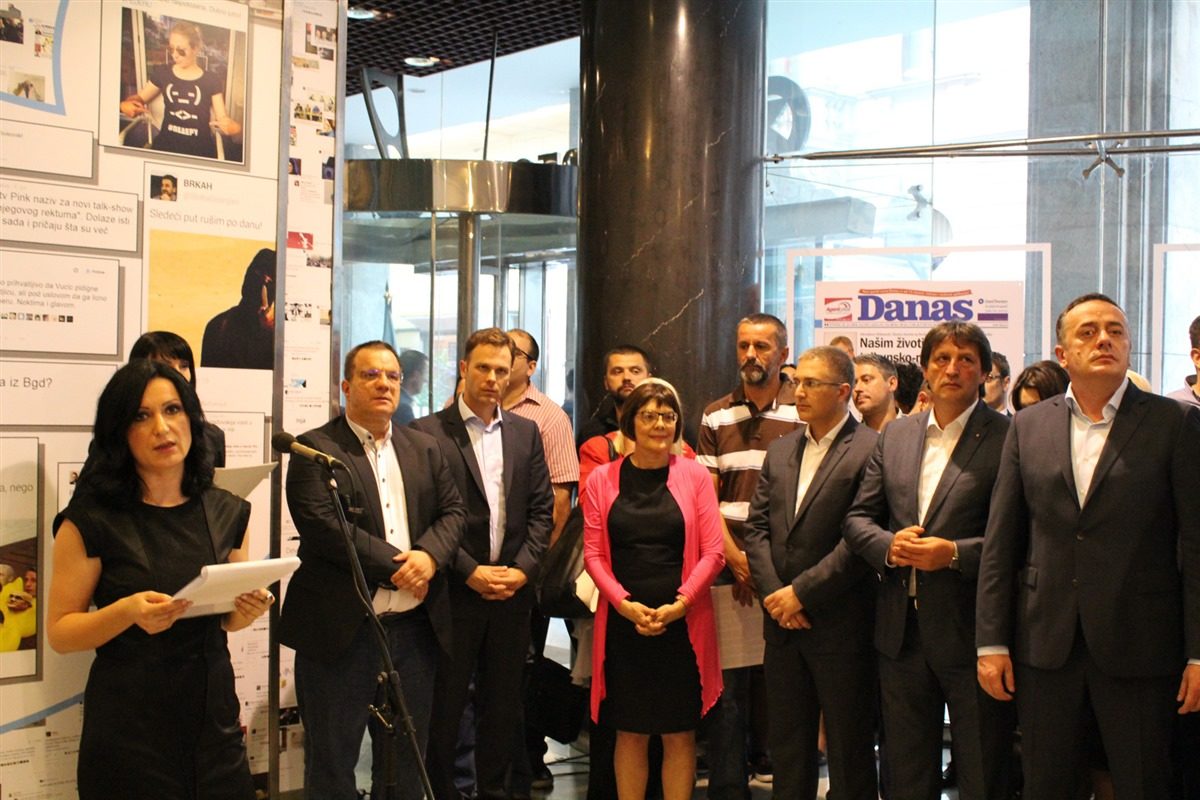 Claiming it wanted to document wrongful attacks on the government it leads, the Progressive Party opened a new exhibition called, ‘Uncensored Lies’, at Belgrade gallery Progress on Monday.
The Progressive Party insisted it was not targeting journalists that are critical of it.
Most of the critical articles on display were from weekly magazines like NIN and Vreme, independent media organizations such as BIRN, KRIK, CIRN and the television station N1.
The exhibit also featured material from the television comedy show ‘24 Minutes’, whose host, satirist Zoran Kesic, recently received death threats because of his criticisms.
Among the articles on display is BIRN’s investigation, “Pumping Out the Open Pit and the Budget”, written by journalist Aleksandar Djordjevic.

Djordjevic won an EU Award for investigative journalism in May of this year for the article. The government and Prime Minister designate Aleksandar Vucic often cite this article as an “example” of how independent media “lie.”

However, Vucic, or SNS, has not filed any complaints or lawsuits against the author or BIRN.

Djordjevic’s investigation was widely republished by other media in Serbia, and each publication was displayed on the wall and described as a lie by the ruling Progressive Party.

Many of BIRN’s regional director Gordana Igric’s statements and interviews were also included in the display.

Her statements and interviews on the state of the media in Serbia are published by SNS alongside fragments of the reports of Reporters Without Borders, Serbian Ombudsman Sasa Jankovic and OSCE Representative on Freedom of the Media Dunja Mijatovic.

BIRN Serbia’s project manager and editor Slobodan Georgiev tweets and interviews are also displayed on the walls as an “example” of media freedom in Serbia.

Human rights and watchdog organizations warned that the government is undermining its acceptance of an independent media and critical journalism by organizing the exhibition, and encouraging a climate of fear and intimidation amongst outspoken journalists.