Romania’s national journalistic competition Superscrieri has given awards to Elena Stancu and Vlad Odobescu, both fellows this year of the Balkan Fellowship for Journalistic Excellence. 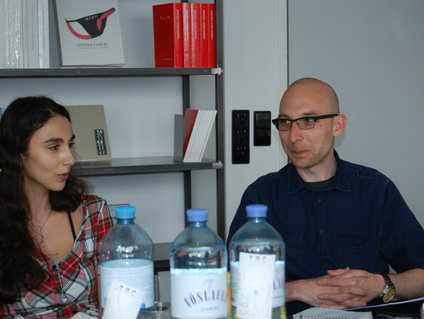 In a tough competition involving 222 entries, seven prizewinners were selected.

Stancu won the Special Prize for Coverage of Domestic Violence for an article published in Marie Claire Romania, about a young woman whose mother was a victim of domestic violence.

Odobescu won third place in the Portrait Category with his article The Return of Marius, a feature report about the reintegration of a former prison convict.

Earlier this year, Stancu was awarded another journalistic grant. She is one of the recipients of the 2013-2014 Rosalynn Carter Fellowships for Mental Health Journalism.

Through this she will receive intensive training from leading mental health and journalism experts and a stipend to report on a mental health topic of her choice.

She and the Romanian photographer Cosmin Bumbut will work on a multimedia project about the post-traumatic stress disorder in children exposed to family violence. For one year the team will examine the culture of education by violence in the Romanian families and society.