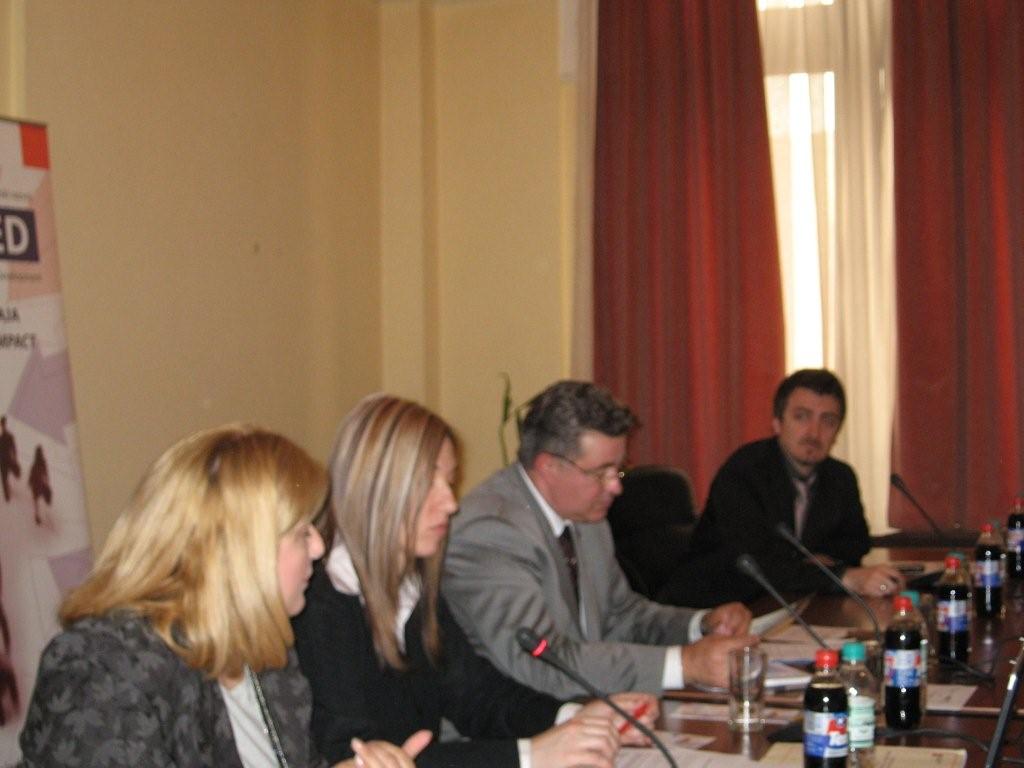 The event gathered more than 25 representatives from the public, business and civil sector from Pcinja and Jablanica district and the debate was focused on the problems of youngsters in that region of Serbia.

The mayor of Vranje, Miroljub Stojicic stressed the importance of the Strategy for sustainable development which defined the areas of main interest and recommended solutions. He said many things can be solved if the local community gets more decentralisation powers.

“We are forced to go to Belgrade for everything and this is big problem” said Stojicic.

The mayor said the local administration is open to new ideas and initiatives and that one should take their faith in their own hands.

Biljana Stankovic from the MIR programme presented the activities of the United Nations Development Programme in the region which were mainly based on increasing the capacities of the local administration and development in south Serbia.

Dobrila Sudimac Mratnikovic from the Centre for Regional Development in Jablanica and Pcinja district presented the possibilities for a better and stronger network between regional municipalities regarding cross-border cooperation.

The representatives of the non-governmental organisation, Generator, presented the main problems facing youths in South Serbia based on research. They stressed importance of bigger institutional involvement in these issues if the administration wants to create a good environment for youth employment.

The British Embassy in Belgrade supported this project.