BIRN has organised a high-profile conference and open debate today in Belgrade on the further development of South Serbia and possibilities for the increased integration of ethnic Albanians into Serbian state institutions. 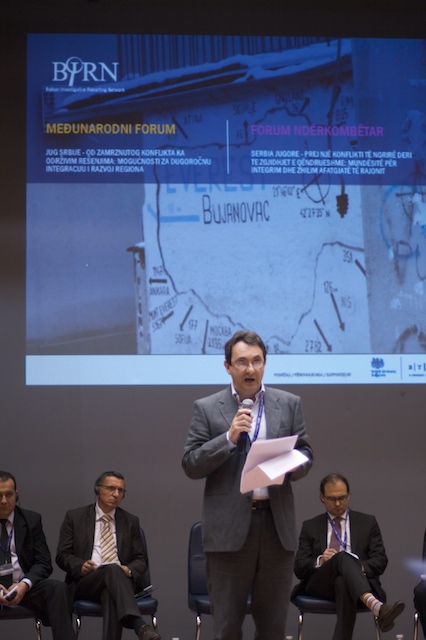 The conference is entitled ‘South Serbia: From Frozen Conflict to Sustainable Solutions: Opportunities for Long-Term Integration and Development of the Region’.

The Forum is organised under the auspices of the British Embassy in Belgrade and the Balkan Fund for Democracy on the occasion of the first anniversary of the reinstatement of the Coordinating Body for South Serbia.

The southern Serbia municipalities of Presevo, Bujanovac, and Medvedja are home to Serbia’s largest ethnic Albanian population outside of Kosovo and are among the least developed in Serbia. High unemployment rates and an average wage lower than the state average of about 350 euros are two of the many challenges facing the area.

In 2000 and 2001 the region was the scene of an armed conflict between state security forces and local ethnic Albanian militants in the Liberation Army of Presevo, Bujanovac and Medvedja.

The aim of the forum is to provide a platform for the participation of all interested parties and allow them to take part in a discussion on the opportunities for fostering stability and development in South Serbia, with particular reference to the work of the Coordinating Body of the municipalities of Presevo, Bujanovac and Medvedja and the establishment of a National Minority Council.