During its EU membership negotiations, Serbia will be assessed on how well it has dealt with war crimes cases, European Commission official Pierre Mirel told a BIRN conference. 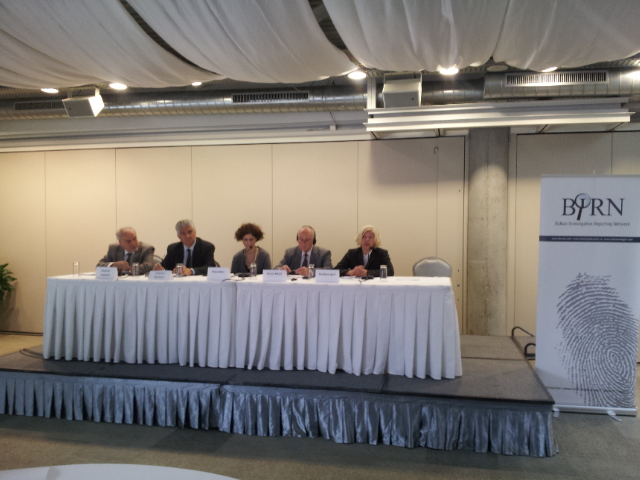 “The prosecution of war crimes before national courts was part of negotiations with Croatia, and it is now with Montenegro, and it will be for Serbia as well,” Mirel, the director for the western Balkans in the European Commission Directorate General for Enlargement, told the BIRN conference in Belgrade on Thursday.

“But we should note that transitional justice is more than just war crimes trials and it goes beyond courtrooms. Here I would stress the issue of missing persons. How can reconciliation take place if thousands are missing?” he asked.

Mirel told the conference, which focused on transitional justice in the context of Belgrade’s EU ambitions, that Serbia still needed to do more to address the legacy of the 1990s wars.

“One of the problems is that trials in The Hague didn’t lead to a wider debate in the society. And some political leaders participated in the glorification of [Hague] indictees as heroes,” Mirel said.

“A number of areas which deal with transitional justice will be touched upon directly through these chapters,” Serbian deputy justice minister Cedomir Backovic told the conference.

Serbian chief war crimes prosecutor Vladimir Vukcevic pointed out the importance of working with other ex-Yugoslav states to bring suspects to justice.

“Without regional cooperation, our work in prosecuting war criminals would be impossible. But it is important to say that we don’t have the support of [Serbian] institutions and media, unlike our colleagues who prosecute organised crime,” Vukcevic said.

“I am referring to the problems we have with units for witness protection and the police who investigate war crimes,” he added.

The witness protection unit, part of the Serbian police, has been criticised for allegedly intimidating witnesses instead of shielding them.

Speaking about common problems that the region is facing when it comes to prosecuting war criminals, Ivan Jovanovic from the OSCE Mission to Serbia outlined three main problems.

“First is the time that passed from the conflict, second is access to public documents and third is witness protection,” Jovanovic said.

“The European Union is asking Serbia to enroll civil society as part of the negotiations with the EU, especially when it comes to the chapters 23 and 24, which will be opened first and closed last,” Kacin said.

“Here I am mainly referring to a new network of courts – four specialised courts which are now prosecuting war crimes,” Jovic said.