On the second day of BIRN’s Summer School, journalists learned how to creatively structure stories and use various databases and other investigative tools. 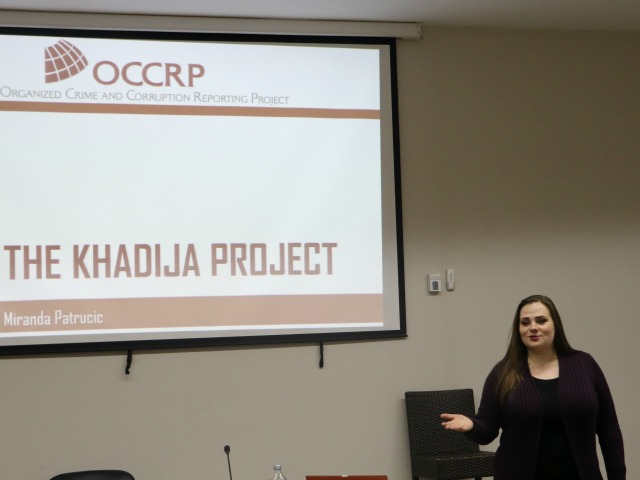 Lead trainer and investigative projects editor at Reuters, Blake Morrison, showed the participants of the BIRN Summer School Master Class of Investigative Journalism in Konjic, Bosnia and Herzegovina on Tuesday how to use a creative approach to structuring stories.

Morrison emphasised the need to persuade people who are sceptical about the narrative.

“Your job is to persuade people who fundamentally disagree with what you say,” Morrison said, underlining the importance of being imaginative when structuring a story.

“I want you to imagine the best story possible. To ask yourselves: ‘What would be the best source [for the story] imaginable that’s out there,’” he said.

“You need to believe that you’re able to make any story possible… but you need to manage your stories possible,” Morrison told the participants.

He explained how all investigative stories should be explained within six words and can be described using three questions: what is the issue, what is the harm and who is to blame.

Morrison concluded that journalists have to ask themselves the “so what?” question – why is something important – and “why now?” question, which explains the importance of the story at that moment in time.

Also on Tuesday, Crina Boros, a watchdog reporter from Centre for Investigative Journalism, continued her training on data journalism, answering questions from the participants through stories she has covered over the years.

She showed the participants how to use public registers and databases while writing stories.

Miranda Patrucic, an investigative reporter and regional editor with the Organized Crime and Corruption Reporting Project, also held an interactive lecture on how to ‘follow the money’ and find sources for stories abroad.

She presented The Khadija Project – named after Azerbaijani investigative journalist Khadija Ismayilova, who was imprisoned in Azerbaijan after reporting on the financial schemes of President Ilham Aliyev’s family.

“One day she [Ismayilova] took part in a training, like the one you will get today, and learned how to follow the money abroad,” Patrucic told the participants.

She did an exercise about tracking money and companies through various databases, both open-source and paid-for.

Paul Myers, an expert in using social media for investigations, did a presentation on technical sites, tools and techniques. He showed how keywords are searched on Google and through social media, cutting the number of search results.

“Logic dictates search on Google, so you have to think what you search and discover logic behind it and look for that in Google,” he explained, while showing practical examples.

The Summer School is organised by the Balkan Investigative Reporting Network, BIRN, in cooperation with the Media Program South East Europe of the Konrad-Adenauer-Stiftung and with the support of the Open Society Foundations and USAID Macedonia.