BIRN Serbia has launched new summary report assessing the overall 2012-14 performance of the Serbian government. The report is published on the website www.meravlade.rs, and examines the electoral promises of the ruling parties, the Serbian Progressives and Socialists, and their fulfillment, as monitored through the entire period of the government that was in office from July 2012 to January 2014. 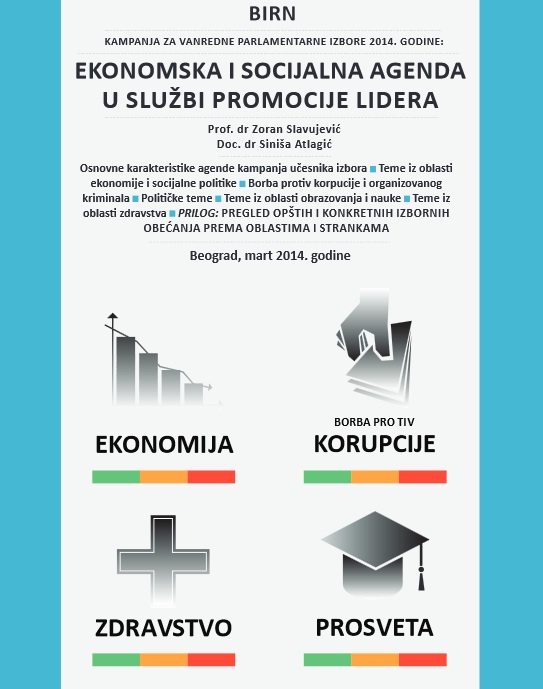 The report covers the policies position in four areas considered primary concerns by Serbian of citizens: the economy and public finances, the fight against corruption, health and education.

The report shows that the ruling parties had the most success in the fight against corruption, in which five of the seven announced reforms achieved a complete or partial success, with two completely unfulfilled promises.

In December 2013, BIRN Serbia launched a new website, meravlade.rs, the first online platform to provide clear, critical and unbiased insight into the progress of reforms and delivery of public policies, comparing them to the pledges made during the last election campaign.

MeraVlade offers full information on BIRN’s monitoring, along with news, analytical reports and information about the project’s public debates.