BIRN has filed a complaint against Informer newspaper before the Complaints Commission of the Serbian Press Council following the paper’s reporting on BIRN’s investigation into the Tamnava mine. 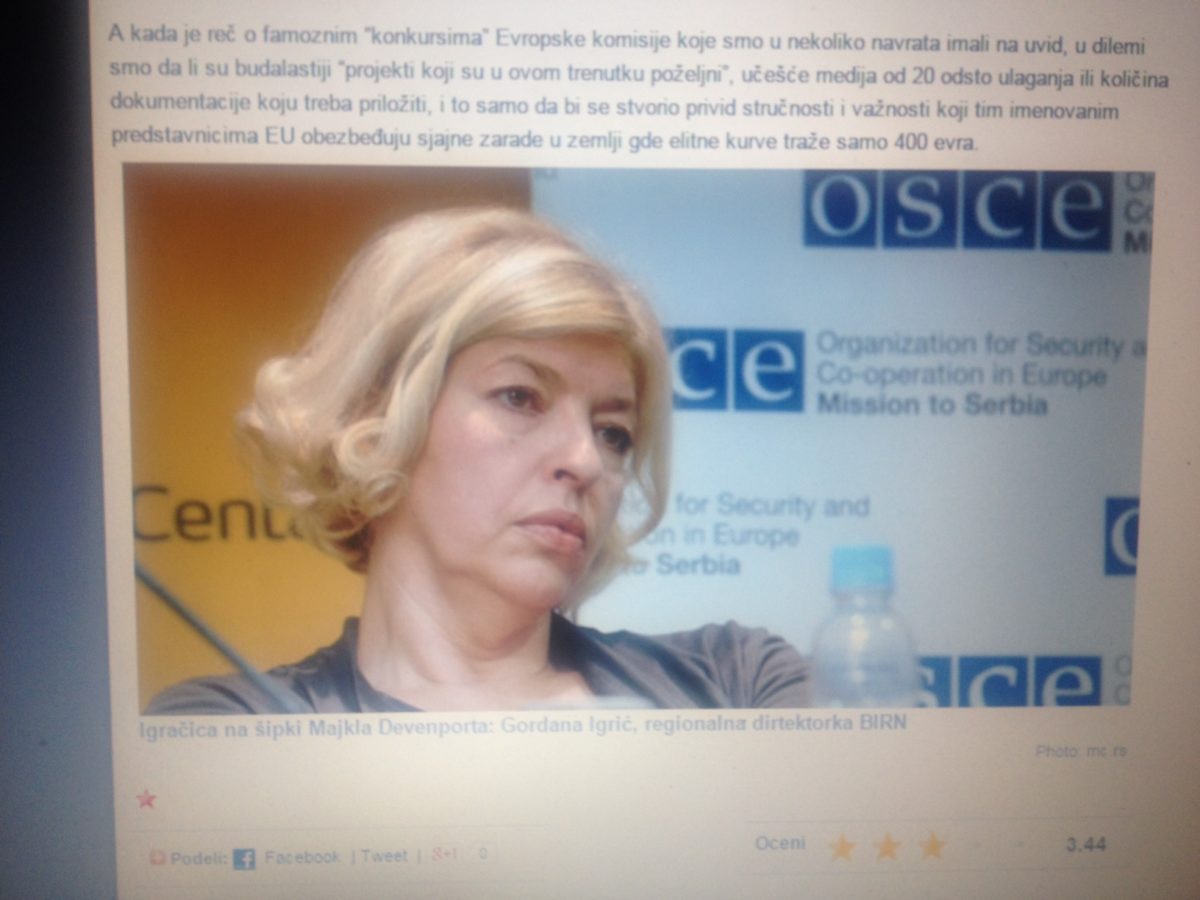 “In the midst of a public debate regarding our article ‘Pumping out the mine and the budget,’ Informer published a series of false information, slander, as well as unsubstantiated accusations, intentionally or unintentionally ignoring the substance of the topics we dealt with, thus jeopardizing our professional credibility and personal integrity, and the safety of our journalists,” BIRN said on January 23.

In the same article, Informer accuses BIRN of being part of a media mob and of “racketeering” the state on behalf of the EU. It also accuses BIRN of wanting to get hold of 23.2 million euro.

“The head of BIRN, journalist Slobodan Georgijev, instead of apologizing for the lie, continues to accuse the government of censorship, and claims that he is being persecuted!?!” Informer said on January 15.

Moreover, Informer dubbed BIRN journalists corrupt saying that the EU paid them to lobby for some EU companies to win the Serbian tender.

When filing a complaint, BIRN referred to the sections of the Code of Journalists of Serbia, related to the veracity of reporting and journalistic attention.

The complaint was also sent to Dragan Vucicevic, the editor of the Informer.

Click here for more information about the attacks on BIRN after the publication of the Tamnava mine story.