BIRN BiH editor Erna Mackic featured this week on the Federal TV political magazine show ‘Posteno’ (‘Honestly’), discussing false testimonies at war crimes trials and the way that the media in Bosnia and Herzegovina and the region reports about them. 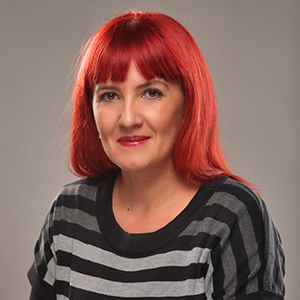 Mackic spoke about journalistic standards and ethics, saying that no one should be ‘convicted’ in the media before a verdict is announced because the press can’t do a court’s work.

The televised interview was sparked by a recent statement by Goran Golub, a witness at a trial for war crimes committed in the Silos detention camp, who accused famous singer Hanka Paldum of coming to the camp and abusing him while he was imprisoned.

Golub’s lawyer then told the media that he would sue Paldum for alleged physical and sexual abuse and mental suffering.

Mackic said that the media, particularly in Serbia, had reported about this case as if a second instance verdict had already been given.

She said that attorneys had to be more careful when providing journalists with unchecked and sensationalist information.

Courtroom slander could be prevented by prosecuting offenders, Mackic suggested, noting that the Hague Tribunal has sentenced several people for lying on the stand.

Besides Mackic, other guests on the show included Paldum and another singer, Ljubica Berak, who visited the frontline and sang for Bosnian Army troops during the war, as well as two influential attorneys, Vlado Adamovic and Josip Muselimovic.

The show can be viewed at: http://www.federalna.ba/bhs/vijest/55725/posteno-s-duskom-jurisic