BIRN’s unique new database includes court verdicts handed down in Albania, Bosnia and Herzegovina, Montenegro, North Macedonia and Serbia for domestic terrorism and for going abroad to fight in the conflicts in Syria and Ukraine. 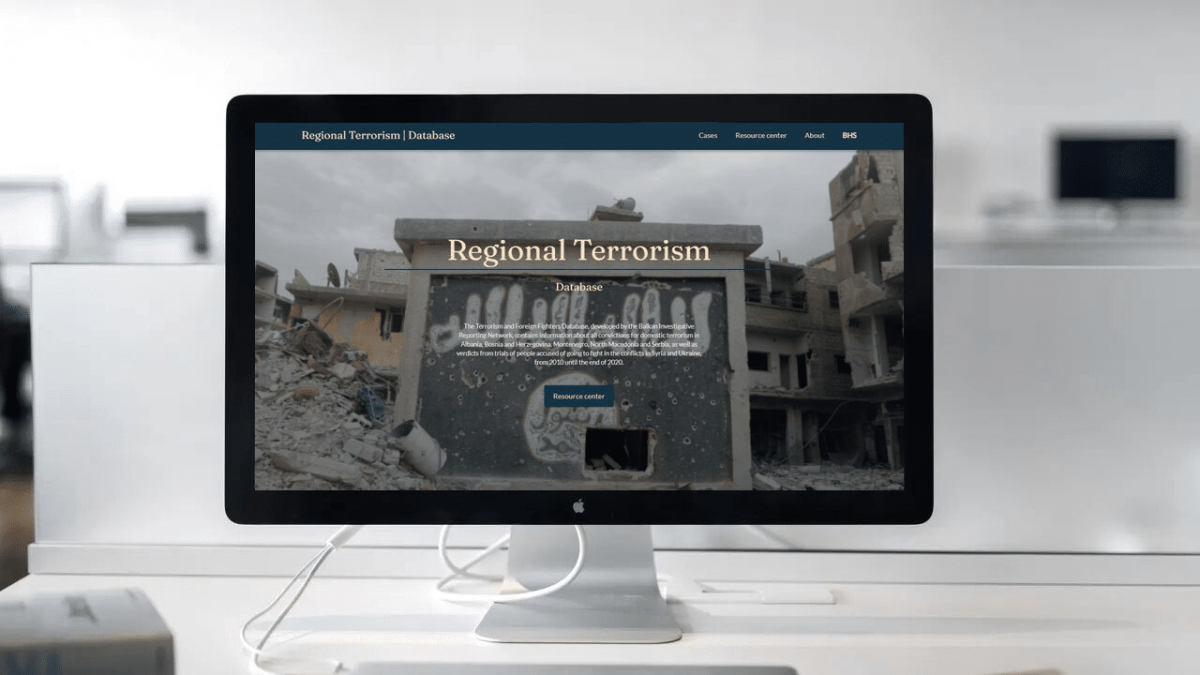 The Terrorism and Foreign Fighters Database, which was launched on Friday by the Balkan Investigative Reporting Network, contains comprehensive information about court verdicts for domestic terrorism in Albania, Bosnia and Herzegovina, Montenegro, North Macedonia and Serbia.

It also includes verdicts from the trials of people accused of going abroad to fight for the so-called Islamic State and other militant groups in Syria and for pro-Russian separatist forces in the conflict in Ukraine.

The database utilises BIRN’s extensive experience of covering terrorism trials in the Western Balkans and includes photographs and videos as well as a resource centre that offers video explainers and PDF booklets on how to report on violent extremism and terrorism.

BIRN’s regional director Marija Ristic said the database is the result of the BIRN network’s long-term reporting efforts and knowledge.

“We wanted to make a relevant source of data about regional terrorism for journalists and researchers, but also for all those interested in the topic. In addition to the data, which has been checked, we also wanted to share BIRN’s knowledge and experience in reporting on these topics,” Ristic said.

Bosnia has also has convicted the highest number of people in the region for going to fight in Syria, a total of 28. North Macedonia has convicted 18 individuals and Albania has found nine guilty.

Serbia has prosecuted the highest number of people for going to fight in Ukraine. Serbian courts convicted 16 people but all the trials ended in plea bargains and suspended sentences.

BIRN Bosnia and Herzegovina’s director Denis Dzidic said that the database contains data about the duration of sentences, the text of court judgments and data about the criminal records of terrorism defendants.

“It is important to emphasise that the database is free and accessible to everyone. It is searchable. We have made a special effort to link the important information, such as previous convictions or other ties between individuals who have stood trial,” Dzidic said.

The database’s resource centre includes videos and a detailed webinar about professional journalistic coverage of terrorism, along with BIRN’s suggestions for external resources that could help improve media reporting.

NOTE: The database was created with financial support from the European Union and Hedayah, the Center of Excellence for Countering Violent Extremism. It can be accessed here.