Steve Crawshaw is the director of the office of the Secretary General of Amnesty International. 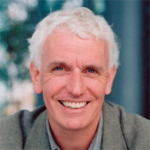 Crawshaw worked as a journalist for many years, first with Granada Television in the UK and then with the Independent, which he joined at its launch in 1986. He reported for the Independent on the East European revolutions, the collapse of the Soviet Union, and the Balkan wars. He also interviewed Burmese opposition leader Aung San Suu Kyi and witnessed the fall of Serb leader Slobodan Milosevic.

Crawshaw is the author of Goodbye to the USSR (Bloomsbury, 1992) and of Easier Fatherland: Germany and the Twenty-First Century (Continuum, 2004).