Xhorxhina Bami reports on daily developments in Kosovo and also writes feature, analyses, reviews, interviews, and investigations. Originally from Albania, Xhorxhina been living in Kosovo since 2015. 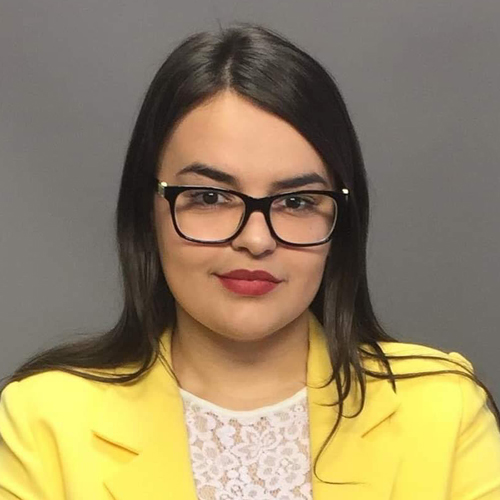 Her previous experience includes working as a freelance journalist in Kosovo for publications such as Kosovo 2.0, Insajderi and Periskopi, as well as an economic researcher for EU project “Further Support to Trade in Kosovo at the Ministry of Trade and Industry”.

Xhorxhina was featured in Italian media’s Osservatiorio Balcani e Caucaso Transeuropa book “Scoprire i Balcani” (“Discover Balkans”) where one of her Kosovo 2.0 articles has been published.

She participated in a programme for young journalists called the “Shadowing Mentorship Program”, which consisted of working in an immersive course alongside a journalist mentor.

Xhorxhina was awarded for her article: “Asset Allocation after Divorce by Kosovo’s Judiciary”, in an event organised by NGO INJECT, which was supported by E4E and financed by USAID.

Member of the Board
Chief Revenue Officer of News Deeply