During the last month, KALLXO.com’s team has produced more than 800 articles, including analysis, news, and live reporting – as well as 100 video reports and 30 infographics and illustrations on coronavirus and its rapid spread. 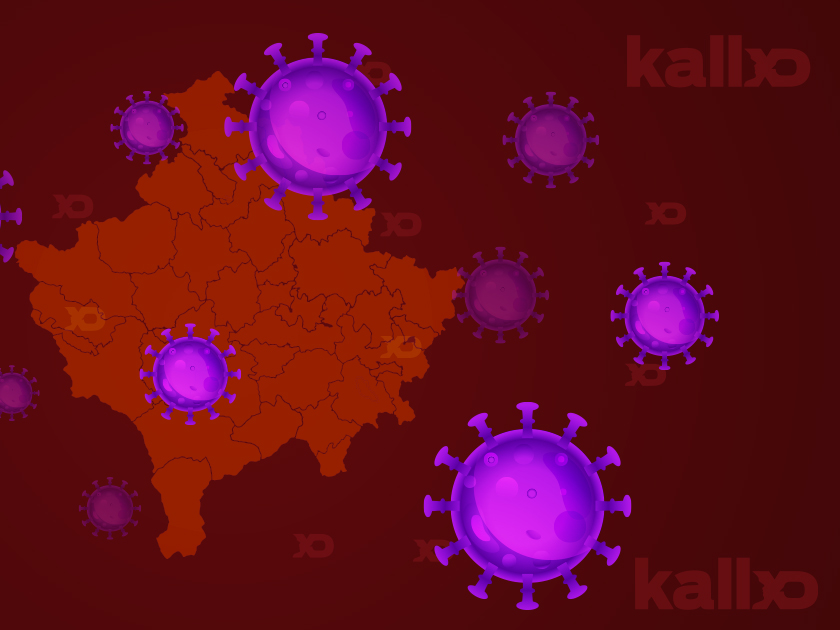 In March, KALLXO.com’s team (BIRN Kosovo and Internews Kosova joint product) has been continuously reporting about the situation in Kosovo – from home, the office, as well as in the field.

The coronavirus has reshaped societies around the world, with people changing their lifestyles on a huge scale amid travel restrictions and instructions to work from home and avoid unnecessary social contacts. The coronavirus pandemic is deeply affecting the health systems, and the global economy, while policymakers around the world are initiating and imposing serious measures on citizens to stop the virus from spreading.

In that month, KALLXO.com’s team has produced more than 800 articles, including analysis, news, and live reporting – as well as 100 video reports and 30 infographics and illustrations on coronavirus and its rapid spread.

KALLXO.com has also published up-to-date information and expert advice on the latest situation regarding the coronavirus epidemic, as well as checking and reporting fake news stories that media outlets have produced.

When news of the coronavirus’ spread to Europe broke, KALLXO.com began its reporting by providing advice on how to protect oneself from the virus, as well as investigating the capacity of health institutions in Kosovo to cope with an epidemic.

KALLXO.com also published more than 100 articles on the spread of the virus throughout the world and the risks posed.

By analysing the level of preparedness in Kosovo’s institutions, KALLXO was part of preparing the country to help the spread of the crisis.

During the past month, KALLXO.com reported on irregularities found during investigations in the field, including an article on police and border officials lacking protective equipment to help protect against the virus.

KALLXO.com also initiated an inspection of bathrooms at Kosovo’s health institutions, as well as at the University of Pristina, to check whether they possess basic sanitary supplies such as antibacterial soap and toilet paper.

Hospitals and Family Health Centers were inspected in Pristina, Gracanica, South and North Mitrovica, Gjakova, Prizren, Peja, Ferizaj and Gjilan, where soap and toilet paper were missing. Reporting on the lack of basic sanitary products in Kosovo’s health institutions helped raise the alarm over a wider lack of sanitary supplies in the health system.

KALLXO.com also received reports during the coronavirus crisis that the University Clinical Center of Kosovo does not possess a contract for supplies of sanitary equipment, and investigated, publishing the findings.

The introduction of preventive measures, including the suspension of schools, further alarmed Kosovo society to the severity of the situation and increased the need to provide reporting from the field.

The news of the first confirmed cases of coronavirus in Kosovo, in the municipalities of Klina and Viti, resulted in a shift of KALLXO.com’s reporting focus. As a widely used regional and municipal reporting platform, KALLXO.com has continuously received reports from both quarantined municipalities.

Two of KALLXO.com’s journalists who live in these municipalities have constantly provided the editorial team with the real-time pictures and videos of the situation in the municipalities, including the supply of citizens with food and medication.

KALLXO.com teams have also broadcast every live press conference involving the Health Minister, as well as with municipal health directors, medical experts, and other significant policy-makers on the management of the situation.

With the spread of coronavirus in Kosovo, KALLXO.com built a live discussion platform broadcast through KALLXO’s social media accounts. It has streamed around 10 live interviews with doctors, epidemiologists, surgeons, and neuropsychiatrists to provide advice to people on how they should behave in a pandemic situation.

Ten live interviews with municipal mayors and municipal officers on managing the situation from the field were also broadcasted, while KALLXO.com has continuously reported on the lack of basic sanitary supplies when interviewing health directors in different municipalities in Kosovo.

During the epidemic, our investigative team specialising in public procurement looked into reports that the University Hospital and Clinical Service of Kosovo purchased oxygen at double the foreseen price.

When discussion arose on allocating municipal funds to clean and disinfect roads and other public spaces, KALLXO.com investigated and reported that municipalities lack the necessary funds and capacities to disinfect the roads.

Several media outlets in Kosovo have used the coronavirus crisis to serve personal interests and financially profit from the situation.

However, KALLXO’s team of fact-checkers have monitored the work of other media outlets at all times, and have been highly engaged in identifying and reporting fake news circulated in the media and on social networks.

After the declaration of the crisis as a public health emergency, KALLXO.com’s legal office concluded that the government has not provided enough advice for citizens who violate the strict measures. Therefore, the night that the situation was declared a public health emergency, our legal office drafted three legal analyses illustrating the legal consequences for individuals who violate the measures.

KALLXO.com’s legal office a analysed and investigated reports submitted by citizens regarding violations of labour regulations and price increases in shops. Within a week, the legal office was in communication and coordination with the Tax Administration of Kosovo and six actions were taken on businesses that raised prices.