Stories on air pollution, cronyism in business and manipulation of the COVID death toll received the top prizes at an awards ceremony on November 16. 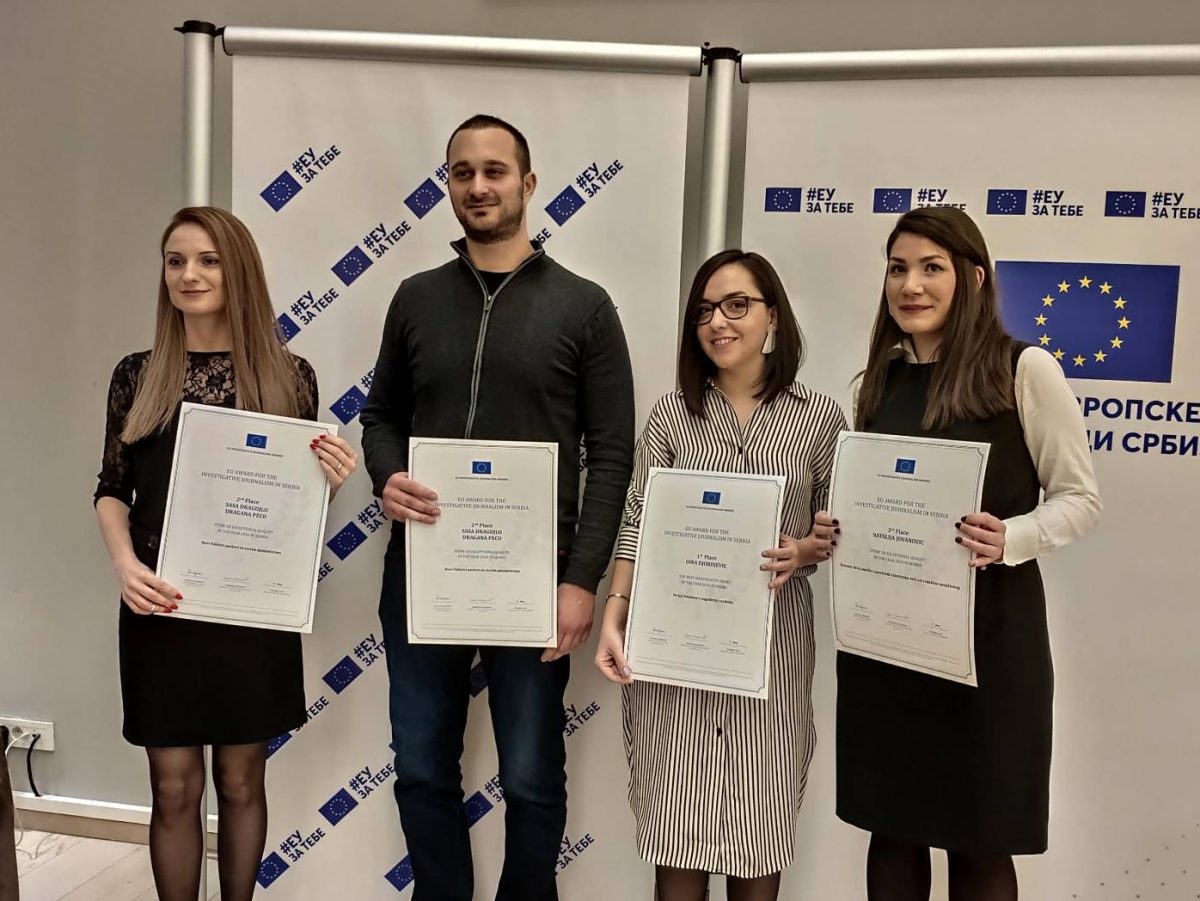 Dina Djordjevic, Sasa Dragojlo, Dragana Peco and Natalija Jovanovic were announced as the winners of this year’s EU Awards for Investigative Journalism, for stories published in 2020 in Serbia, on Tuesday November 16 at the EU info centre.

First prize for best investigative story published in 2020 in Serbia went to Dina Djordjevic for a series of articles on air pollution published by Centre for Investigative Journalism CINS.

A series of texts reveal that a Chinese company, Zidjin, which took over the former Mining and Smelting Basin in Bor, RTB, in 2018, made numerous omissions in its work due to which the lives of local people were endangered.

Dangerous substances were leaked into the air, pollution increased, and official measurements did not give a true picture of the situation for years, as institutions shifted responsibility from one to another.

“The special value of this story is the abundance of relevant sources. Through the testimonies of citizens, activists and experts, obtaining official documents, information and explanations from several sides, staying in Bor and its surroundings, the journalist certainly and skillfully presented the truth and facts,” the jury stated in its explanation.

“I hope that because of this award, we will be reminded of all topics, because many of them are still problems today,” Djordjevic emphasized in her response.

Sasa Dragojlo of BIRN and Dragana Peco of KRIK were awarded second place for Folic’s New Business with Old Acquaintances. The jury explained that the authors had “brought a detailed breakdown of the work of a high public official”, Milutin Folic, “who has started a private business in the meantime but is inseparably linked to his previous position.

“Through a comprehensive analysis of the links between the most influential political party, senior government officials and private firms, the causes and consequences of such deals, the authors offer an illustration of ‘revolving door’ and ‘crony business,’” the jury recalled.

Dragojlo said that government officials say that the construction sector is a “development sector” but that the story of former chief urbanist of Belgrade Milutin Folic shows that not all citizens benefit from that sector, but only those people who are close to the authorities or in power.

BIRN journalist Natalija Jovanovic won third place for, Serbia Under-Reported COVID-19 Deaths and Infections, Data Shows, which revealed the manipulation of the death toll from the coronavirus during 2020.

The jury states in its explanation that, “the research on which the article is based reveals the government manipulation of one of the key issues of public interest during the pandemic – the number of deaths from COVID-19.

It added: “This very widely read article on an extremely important topic did not force the responsible authorities to offer an explanation of the difference between the official numbers and those reached by the author. That speaks of the state of democracy in Serbia.”

Jovanovic said the award was a good reminder that a year-and-a-half after its publication, Serbia still does not know who deceived the public about the number of COVID deaths, or why, adding that she would continue her search for the truth.

Paul-Henri Prese, Head of Information, Communication and Media of the EU Delegation in Serbia, said that the EU sees the role of the media as fundamental for the promotion and maintenance of democracy, and to maintaining the rule of law.

In addition to the awarded stories, the jury praised the value of the journalistic work on collecting and documenting information through the creation of databases: Koliko košta poslanik, published by CINS and Prosudi ko sudi, published by KRIK. 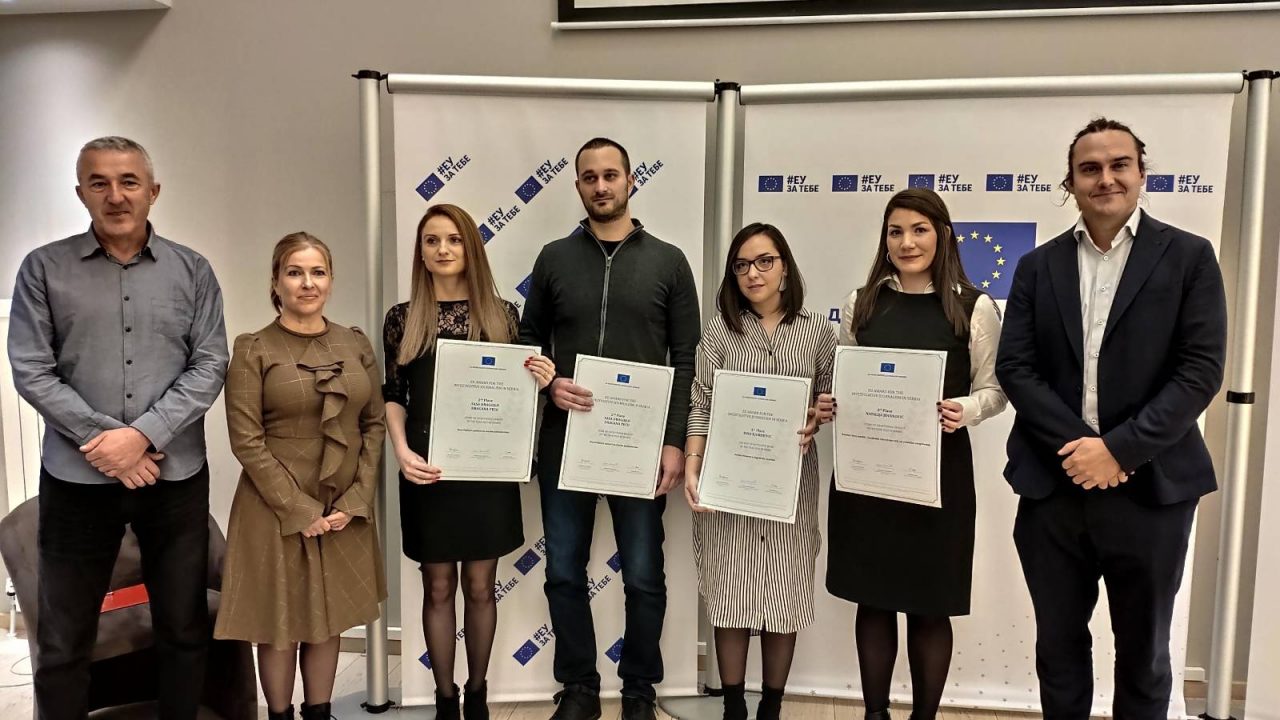 This year 28 applications were submitted to the competition, 26 of which fulfilled the conditions. Evaluation of the nominated stories was conducted in two phases. In the first, a jury consisting of Aleksandra Krstić, professor at the Faculty of Political Sciences, and Momir Turudić, editor of the weekly Vreme, selected 13 shortlisted stories.

These were then evaluated by a jury consisting of Tatjana Lazarevic, editor-in-chief of KosSev, Predrag Blagojevic, founder and former editor-in-chief at Juzne Vesti and Tihomir Loza, executive director of SEENPM network.

The EU Awards for Investigative Journalism in Serbia are part of an ongoing EU-funded project, entitled Strengthening Quality News and Independent Journalism in the Western Balkans and Turkey, implemented by BIRN Hub in partnership with Thomson Media, the International Federation of Journalists, IFJ, the European Broadcasting Union, Central European University, the Media Association of South-East Europe, MASE, the Centre for Investigative Journalism of Montenegro, CIN CG, the Independent Trade Union of Journalists and Media Workers (SSNM), BIRN Albania and BIRN Serbia.

The aim is to empower and support independent journalism and investigative journalists.

BIRN Serbia, as part of the consortium, provides technical support to the project but is not involved in the selection of awarded articles.Dragana Peco, Sasa Dragojlo, Dina Djordjevic and Natalija Jovanovic