A series of interactive workshops has started in five Western Balkan countries aimed at enabling critical voices to respond to dangerous messages and radicalisation online. 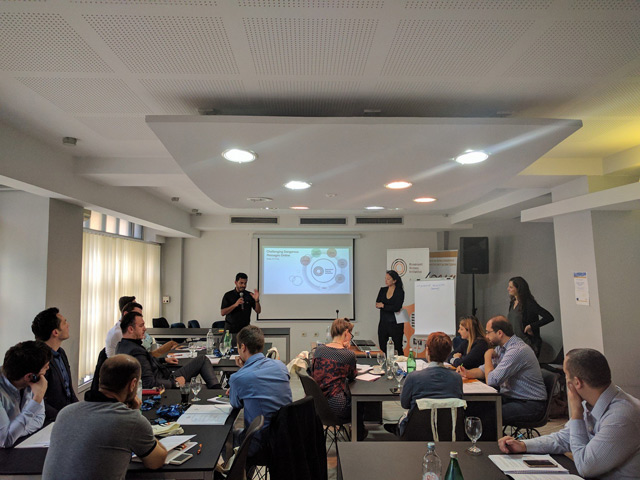 In cooperation with CIJA US and Talk 2.0, BIRN has organised workshops in Skopje, Tirana, Pristina, Belgrade and Sarajevo with the participation of more than 80 activists, journalists, bloggers, educators, religious communities representatives and other online and offline influencers in order to help them develop online communication strategies to respond to dangerous content.

The training sessions were led by Sanjana Hattotuwa, special advisor at the ICT 4 Peace Foundation, and Sarah Oh, a US-based communication expert, while participants also had the opportunity to hear from Facebook experts and Balkan-based organisations such as Sbunker, Halakate, Helsinki Committee, Vidiovo, Hocu.ba, Istinomer and others.

“In recent months we have seen increased propaganda, hate speech and calls for violence online, which in some cases like in Kosovo or Macedonia resulted in physical attacks on prominent activists and political figures. In parallel, there is a global trend to curb free media, either through fake news or economic and political pressure. In a circumstances like this, we believe our initiative will help local stakeholders to respond to these negative trends in a timely and proper way,” BIRN’s project manager Marija Ristic said.

Workshops were held under the umbrella of the Resonant Voices Initiative – a project implemented by the CIJA US, the Balkan Investigative Reporting Network and Talks 2.0.

The initiative aims to challenge extremist narratives in public discourse throughout the Western Balkans – in particular those disseminated online – and to equip critical voices in the target countries with the skills, know-how and resources to counter radicalisation, the recruitment of foreign terrorist fighters and violent extremists and other dangerous trends.

It will also empower a diverse group of civil society actors – activists, journalists, bloggers, educators and other online (and offline) influencers – to become resonant voices, able to counter violent extremism, to push back against extremist propaganda and to increase and amplify alternative, positive messages.