Elvis Nabolli, a 2016 fellow in the Balkan Fellowship for Journalistic Excellence, has won the award for best article by young investigative journalist, as part of the part of EU Investigative Awards in Albania. 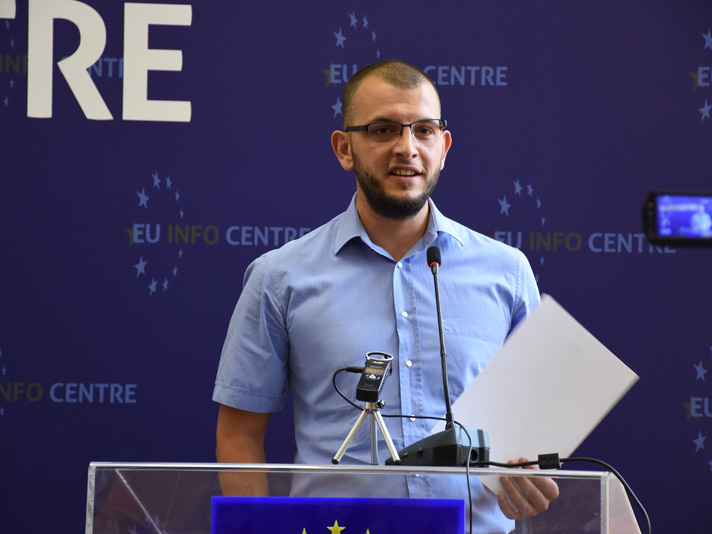 Nabolli won for his article produced as part of the fellowship ‘An Albanian War on Drugs,’ published by Balkan Insight.

“Freedom of expression and freedom of the media implies a commitment to democracy, good governance and political accountability. These are some of prerequisites for a country to become part of the EU and one of the reasons why each of you play such an important role in creating EU standards,” said Jan Rudolph, Head of Political, Economic and Information Section announcing the EU Investigative Journalism Awards.

The Award ceremony was held on June 7th, 2017, at the European Union Info Center, Tirana. A total of 28 investigative stories were nominated for this year’s EU Award in Albania, 18 of whom from journalists under 35. Jury consisted of five prominent media professionals and civil society representatives: Rrapo Zguri, professor of journalism and jury chair, Aleksander Cipa, head of Union of Albanian Journalists, Valbona Sulce, media expert and member of Steering Council of public broadcaster, Lutfi Dervishi, media expert, and Adi Krasta, TV personality.

Valbona Sulce, member of the jury, stated that the jury faced a difficult task, given that the quality of nominations was good, covering a wide range of topics that are relevant to the society. In addition, the predominance of young journalists among the nominations received is also a good sign for the future of investigative journalism in the country, she said.