Together with our partners, BIRN is continuing its series of online and offline events aimed at amplifying the voices of strong, credible individuals and organisations in the region that promote the core values of democracy, such as civic engagement, independent institutions, transparency and rule of law. 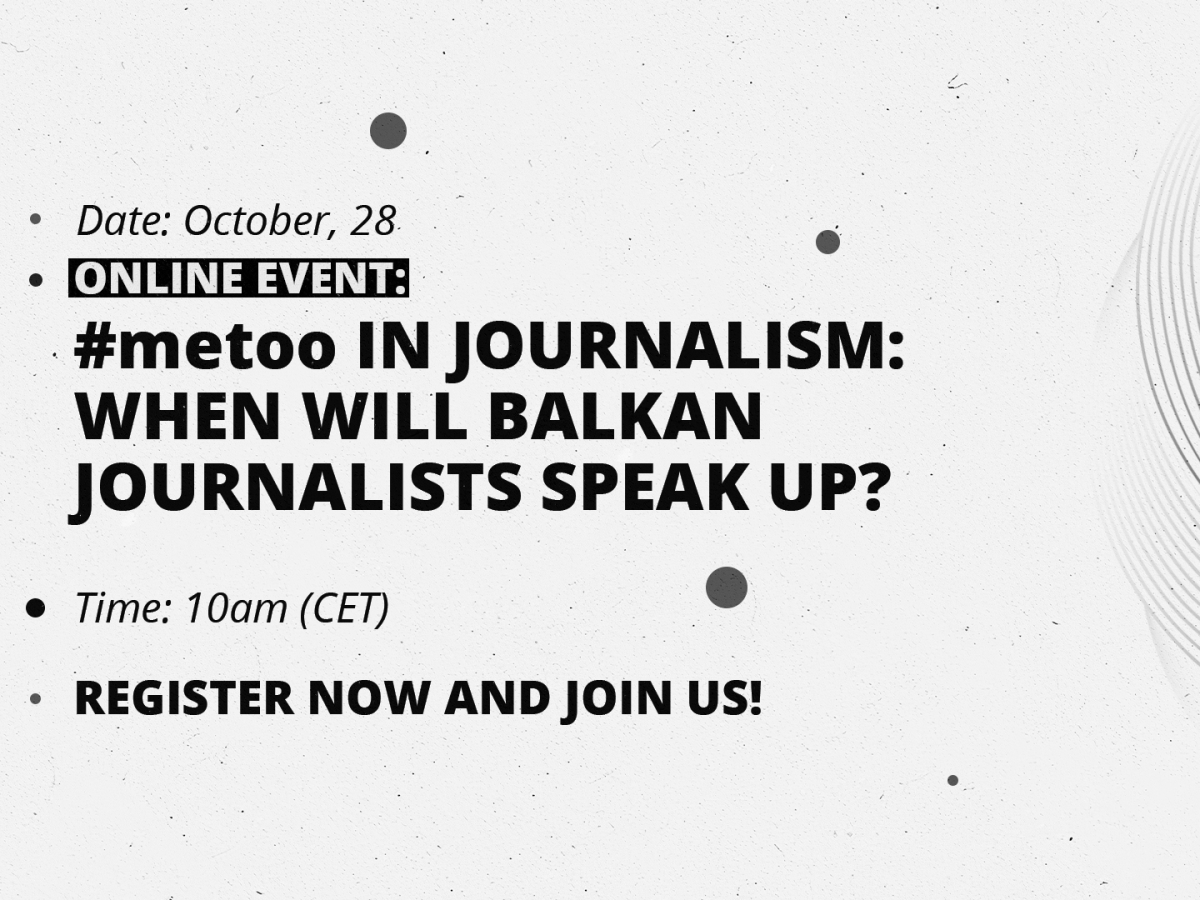 As a primarily media-related organisation, we want to open up space and provide a platform to discuss and reshape our alliances in light of the challenges facing democracies in Southeast and Central Europe.

This initiative comes at a critical time in the region, which is experiencing several troubling trends: centralization of power, reduced transparency, assaults on the media, politicized judiciaries, unchecked corruption, online violations and social polarization – all amid heightened geopolitical tensions and deep divisions in Europe.

Due to the ongoing pandemic, the Platform B event series will be held in line with all relevant health measures. As the situation improves, we hope to be able to host some events in BIRN spaces in Sarajevo, Belgrade and elsewhere in the region.

Platform B will be an opportunity for individuals and groups to meet monthly on selected topics.

Next event: #metoo in Journalism: When Will Balkan Journalists Speak Up?

In the Balkans, the #MeToo movement gathered momentum at the beginning of 2021, after several women actors, led by Milena Radulovic, publicly accused their former professor of rape, sexual harassment, and abuse. Media across the region followed the case, and thousands of women expressed solidarity with the victims, using the slogan #NisiSama [You’re not alone] while women actors from Sarajevo created an online platform #NisamTrazila [ I didn’t ask for it]. The platform serves as a regional open space for victims of abuse to come forward with their stories and experiences.

The aim of the debate #metoo in Journalism: When Will Balkan Journalists Speak Up? is to discuss #metoo in journalism regionally, as this sector is no stranger to the issue, bearing in mind the public exposure of female journalists and the sexist culture across the Western Balkans. We want to hear from female journalists who have had negative experiences related to sexual abuse and harassment and who will speak publicly about the changes that need to happen in order to create a safer work environment for female journalists.

Attempts have been made in the past to gather women journalists and create a basis for stronger advocacy activities, but how effective have they been? Which policies in place in the media across the region relate to sexual harassment, and how effective are they? These are some of the questions we hope to discuss, in order to put the issue on the agenda of media professionals and citizens across the region.

Panelists that will take part in the discussion include:

The debate will be moderated by Sofija Todorovic, BIRN Hub’s project manager.

This event is organised as a part of the regional “Media for All” project.