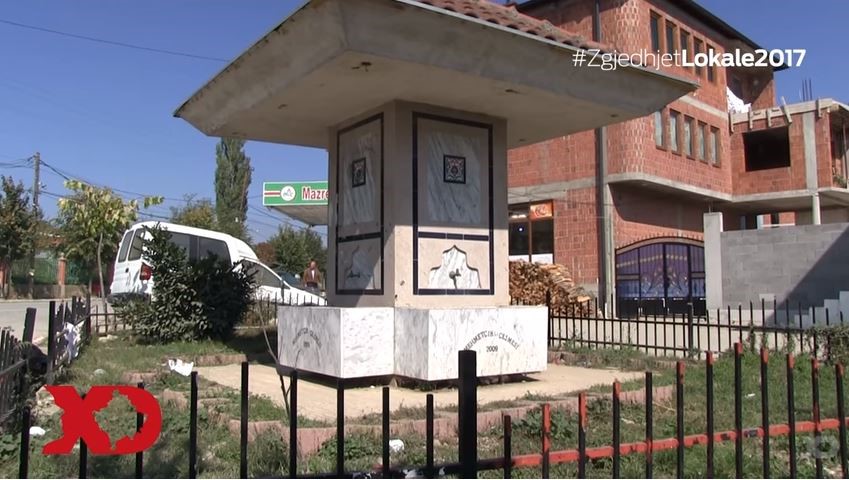 What are the duties of the future mayor of Mamusha?

There are three candidates running for Mayor of the Municipality of Mamusha.

Whoever gains the trust of citizens, either on October 22 or four weeks after during the run-offs, will face plenty of obligations.

Mamusha was transformed from a Prizren-area village to its own municipality in 2008, and with 5,507 residents, it is one of the smallest municipalities in Kosovo. The process of becoming a municipality happened during the time of decentralization and it is a municipal unit without any single village.

Mamusha, which is 93.1 per cent Turkish, is the only place in Kosovo that has a Turkish majority. The other minorities are Albanians, with 5.9 per cent, and Roma, Egyptians, and Ashkalis, with a total of .9 per cent.

The economy of this municipality is mainly based in agriculture and by a low scale in an active market. Mamusha is known for cultivating plants, especially tomatoes; the municipality produces 90,000 tons of tomato are produced annually, all within a surface of 23 kilometers.2

The Municipality of Mmausha has had problems with drinkable water ever since its establishment. The residents of this municipality are supplied with water from Prizren and from the surrounding villages. For years, residents of Mamusha have been asking for a watering canal for agricultural lands, while the sewage and waste continue to be poured in the Topllua River, which passes through Mamusha.

Mamusha is a municipality with no parking lots, no public kindergartens, and no sports hall.

One of the weakest aspects of this municipality is the lack of transparency: it does not have an information official or a coordinator for access to public documents. The municipality does not even publish vacancy announcements on its official site.

Above all, Mamusha is a municipality that has no directorate that is run by a woman.

In order to deal with solving all these problems, there are three candidates running for the head of the municipality: Abdylhadi Krasniç from KDTP, Arif Bytyç from KTAP and Riza Kryezi, who is an independent candidate.

The current mayor of Mamusha is Arif Bytyc from KTAP, who declined the invitation to directly confront his opponents in BIRN Kosovo’s mayoral debate series #DebatPernime (#RealDebates). In this unfortunate situation, #DebatPernime conducted separate interviews with each of the mayoral candidates of the municipality, so that it could understand the candidates’ governing program plans for the future four-year mandate.

In order to solve its problems, the municipality of Mamusha has 1.8 million euros per year to be spent on capital investments.

One of the biggest problems for the citizens of Mamusha is the issue of not having drinkable water and the inability to solve such a problem because the municipality does not manage or engage a municipal company. Both the opposition and the citizens express their dissatisfaction regarding this point.

Mamusha residents are obliged to buy filters for cleaning the water that comes from the wells that they have opened in their yards. Such a filter costs approximately 700 euros per family.

The citizens expect their mayor to solve this issue.

Agriculture is the main source of income for Mamusha. The farmers have continuously received promises that they will be supported by the municipality. They expect that by implementing a project related to an irrigation system for their lands, the municipality can make their work easier and costs lower.

The citizens complain that they spend hundreds of euros per season only on fuel, because they need it to transport water from wells opened in the fields with their cars. They say that would be able to pay up to 150 euros per month if they had a watering canal.

There are three illegal waste disposals in Mamusha, which are mainly located in the suburbs of the municipality.

Waste is mainly dumped in the Topllua River, which passes through Mamusha. Sewage continues to be poured into this River, and the citizens that live nearby the river cannot stand its bad odor.

Meeting minutes taken in this municipality are never published; minutes are a key element of transparency in local institutions. It has not been reported in the Assembly twice a year, as foreseen by law. The municipality does not have an information official or a coordinator for access to public documents. They also don’t practice the possibility of receiving weekly visits by citizens.

No vacancy announcements, including criteria for employment, are published on the website.

There is one center for family medicine in the Municipality of Mamusha. However, the citizens often complain that there is oftentimes a lack of basic materials and the third shift does not work.

Citizens of Mamusha expect that their municipality should have a hospital center or at least a clinic to perform surgeries or gynecology check-ups, since they receive such services in Prizren, which comes with a cost and is quite far for Mamusha residents.

The municipality of Mamusha has two schools, one of them is an elementary school and the other one is a high school; both are subjects of resident complaints that there is a politicization of education.

In the entire municipality of Mamusha, there is neither a public nor a private kindergarten.

The municipality of Mamusha does not have any active sports clubs or a sports hall.

The house of culture in Mamusha remains empty and until now, no steps have been taken to activate it.

The municipality of Mamusha, according to the findings of the audit, did not manage to finish verifying 1/3 of real estate, as required by the Law on Property Taxes on Real Estate and the administrative order in power.

The non-verification of 1/3 of properties can result in the lack of full information on real estate, which can influence that the assessed income on property tax can decrease. The non-application of liabilities in accordance with legal requests of property tax increases the danger that the income from this category will be lower.

In the municipality of Mamusha, as of now, no women have been municipal directorates