The Balkan investigative reporting network in Bosnia and Herzegovina, BIRN BiH, organized a debate on an analysis of the implementation of the State Strategy for Justice Sector reform between 2014 and 2018 in Banja Luka, Bosnia, on May 19. 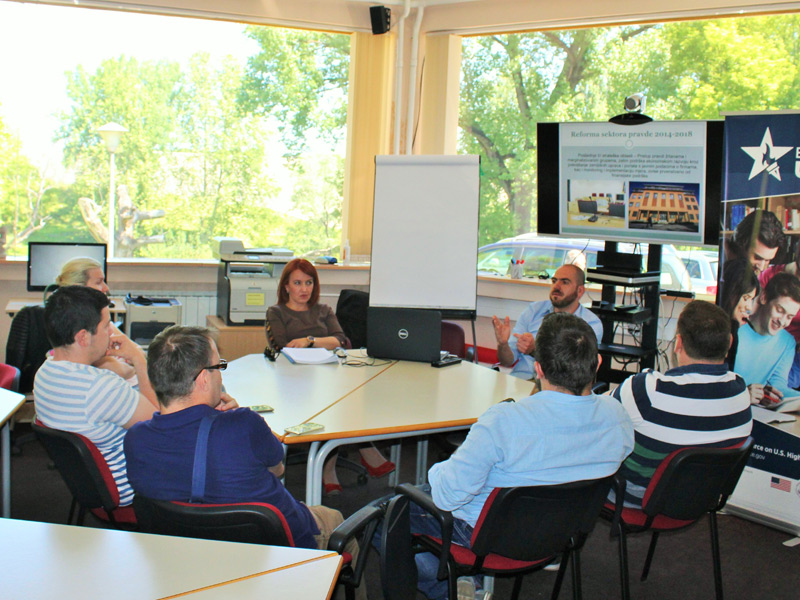 Local media and NGO representatives discussed the delays and problems that the judiciary faces in its reform process, pointing out several major obstacles. One of the biggest is transparency, which affects journalists and trial monitors across the country.

Erna Mackic, BIRN BiH editor, mentioned BIRN’s map of war crime prosecutions on the Balkans, noting that, according to the accessibility of judicial documentation, BiH had prosecuted the lowest number of war crime cases, which is not true.

“BiH has the biggest number of war crime verdicts, but you cannot see that because they are unavailable to the public,” Mackic said.

Zlatica Gruhonjic, director of the Centre for Democracy and Transitional Justice, working on documenting detention camps across BiH, said the key problem they face is anonymization of verdicts.

“It is very important to have organizations like BIRN because detektor.ba website is such a valuable source of information,” Gruhonjic said.

“I hope the judiciary will put a special focus during the reform on openness, since the media have so many problems in gathering needed information,” Ognjen Matavulj, journalist from Vecernje novosti, said.

The analysis of the implementation of the State Strategy for Justice sector reform between 2014 and 2018 was conducted with the support of the US embassy in Sarajevo.