The film “Flatland without Birds?”, by journalist Dragan Gmizic, a documentary about illegal bird hunting in Serbia, won second prize for 2016 in the EU Investigative Journalism Awards. 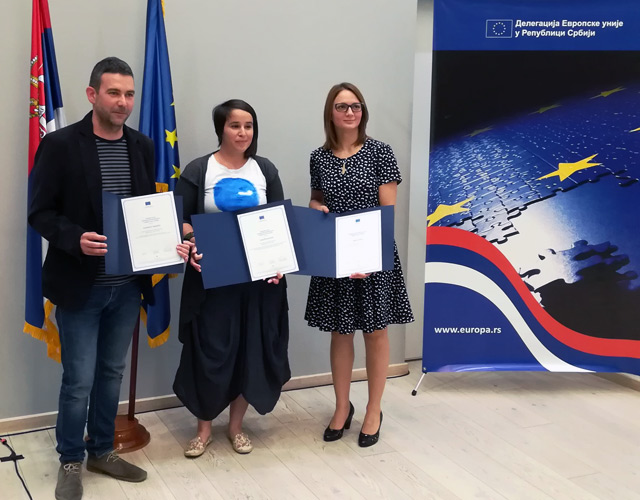 The film, co-produced by BIRN Serbia and Greenfield Productions, examines how the hunting rare turtle doves and quail is organised in Serbia and asks how and whether it can be controlled. The documentary was aired on TV N1, TV CG and Al Jazeera Balkans.

First prize went to Maja Zivanovic, for her series of stories for the Investigative and Analytic Centre of Vojvodina, VOICE. Maja is currently working for BIRN’s regional publication Balkan Insight.

The award for the best young investigative journalist went to Milica Saric, from the Center for Investigative Journalism of Serbia, CINS.