The Balkan Investigative Reporting Network in Bosnia and Herzegovina, BIRN BiH, organized its third and final presentation of its analysis, “Bosnia’s Justice Sector Reform: Optimism and Delay’,” on May 23, 2017 in the American Corner in Mostar. 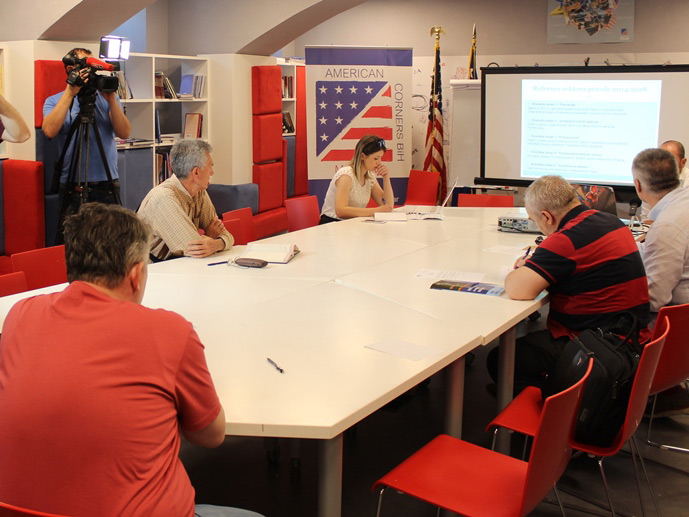 The key issues for lawyers and representatives of veterans’ organizations were seen as transparency and the efficiency of the state and local courts.

Talking about the quality of indictments and about the cases now in front of Bosnia’s state court, Zvonko Vidovic from the Office of the Legal Aid for Defenders, said the quality must be improved.

“What will be the legacy of the current judiciary? The state court needs to reorganize immediately and send more cases to the lower level courts if we want to see results,” Vidovic explained.

“I am very interested in the justice sector in BiH being demystified. They have abolished the principle of material truth. Now, we do not establish truth in justice. We suffer because truth is not in justice,” Nenad Gvozdic, a lawyer from Mostar said.

Analysis on the implementation of the State Strategy for Justice sector reform between 2014 and 2018 was carried out with the support of the US embassy in Sarajevo.