The International Protocol on Documentation and Investigation of Sexual Violence in Conflict was launched today in Sarajevo. The Balkan Investigative Reporting Network in BiH, a partner in the project, presented several testimonies of sexual violence survivors. 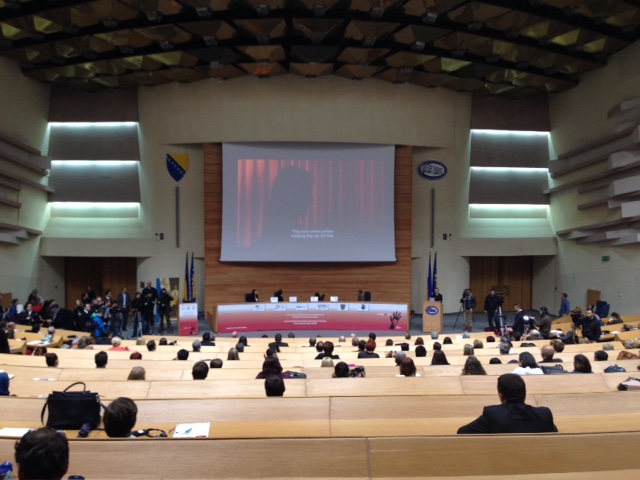 “The testimonies are part of BIRN BiH’s wider research with the aim of making a documentary film dedicated to victims of rape. Their stories compelled us to address all the issues they face today,” said Mirna Buljugic, acting director of BIRN BiH.

The protocol contains a set of standards of best practice on how to document sexual violence as an international crime. In addition to containing guidelines on how to recognise sexual violence it is also protective of the rights of survivors.

“There is a need for survivors to speak up, to be heard, and to address the trauma of sexual violence,” said the UK ambassador to BiH Edward Ferguson.

The Protocol is to be used by the Center for Support of Peace Operations to further the education of BiH troops who are deployed in war zones.

The event is part of the Prevention of Sexual Violence Initiative launched in 2012 by the UK Foreign Minister William Hague at the time and the UN Special Envoy Angelina Jolie.