‘The Silent Scream’, a documentary dedicated to the victims of wartime sexual violence, produced by the Balkan Investigative Reporting Network in Bosnia and Herzegovina (BIRN BiH) premiered on Wednesday in Sarajevo. 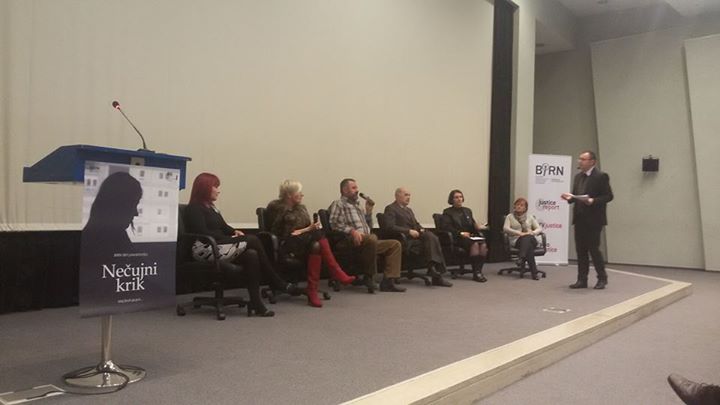 Presenting testimonies of the victims who survived sexual violence during the war in BiH, the film aims to encourage all victims to speak up and report the crime.

“We wanted to point out that people who survived this violation of their rights are not guilty for what happened to them and that they have to tell their stories so that the crimes can be prosecuted,” Mirna Buljugic, acting director of BIRN BiH said in her opening speech.

Nasiha Klipic and Dobrivoje Bojovic, film protagonists and survivors of sexual violence in the war, shared with the audience their dissatisfaction with the way the state treats victims.

“The only thing that I want is to find my missing ones. I want to be able to go to their graves,” Klipic said.

Bojovic explained how the financial situation is very hard. “I don’t need to be seen as a hero, I don’t need monuments to be built in my honour. I just want a normal life for my children,” he said.

Gordana Tadic, from the Prosecutor’s Office, said that the Prosecution has developed its capacities in the past two years. She also stressed the necessity for victims to tell their stories as it presents the key element in the investigation process.

Amra Delic, neuropsychotherapist, emphasized the urgent need for society itself to break the ‘law of silence’, because “if we don’t recognise victims and their suffering, we all participate in a process of their re-traumatisation.”

The production of ‘The Silent Scream’ was supported by the Foreign and Commonwealth Office of the United Kingdom.