Herceg Novi and its stunning coastline will be the setting for the BIRN Summer School of Investigative Reporting in 2019. 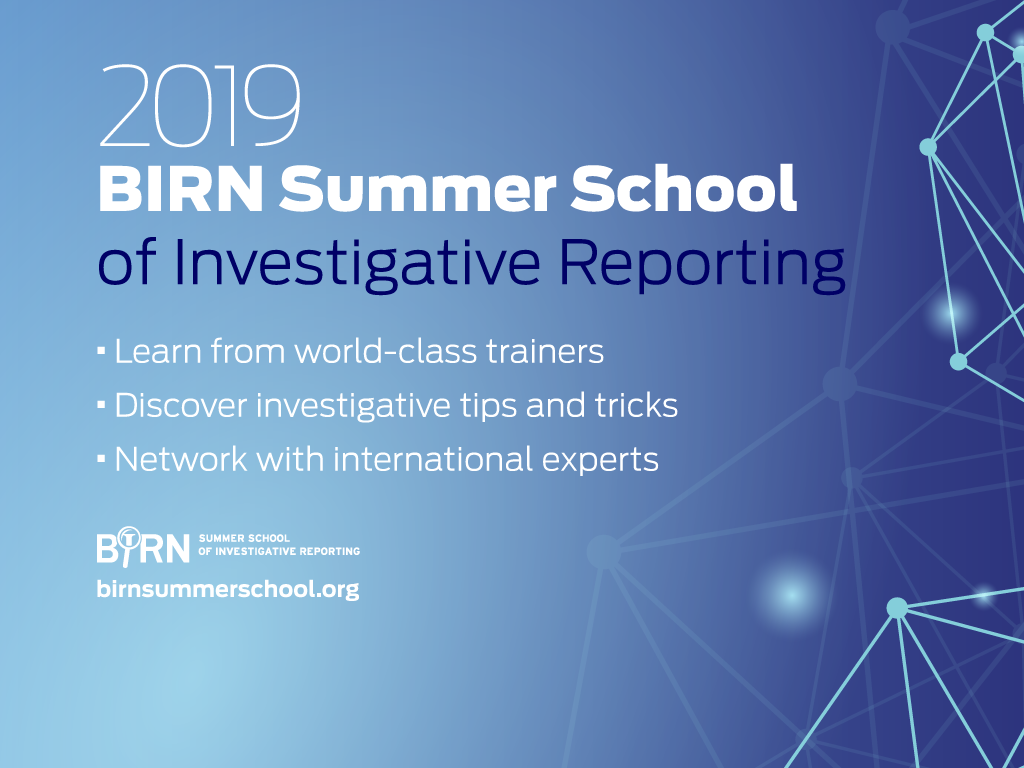 The school brings together some of the world’s best journalists and trainers for six-days in the Bay of Kotor, known as the southern-most fjord in Europe.

Between August 18 and 25, reporters will have the opportunities to learn cutting-edge investigation skills while enjoying the delights of Adriatic Sea.

Successful applicants will be provided with excellent possibilities for networking – and the possibility of getting a grant for a story idea.

The lead trainer on the course in Montenegro is one of the best investigative editors in the US, Reuters’ Blake Morrison, a three-times finalist for the Pulitzer investigative award.

As part of the school, you will learn how to dig for data, convince difficult sources to talk, transform your research into sparking prose and harness the power of videos.

Who the Summer School is for:

The training course is suitable for both investigative journalists with a few years’ experience as well as those who are more skilled.

We encourage application from experienced journalists that want to learn new trends and work with a new generation of reporters, as well as editors interested in encouraging investigative reporting in their media outlets.

The 30 reporters selected to take part, of which 20 will hail from the Balkans, will work together in groups throughout the week to develop an idea for a hard-hitting investigation, which will be presented to a panel of judges on the final day.

The three best story ideas will be awarded with funds and editorial support.

Known as the southern-most fjord in Europe, the Bay of Kotor boasts a landscape that you won’t easily forget. The Iberostar Herceg Novi hotel is at the entrance to the bay, surrounded by forested mountains and a crystal blue sea, to which you have direct access.

On the opposite side of the bay you can admire Herceg Novi, the city that gives its name to the hotel and that has a history dating back over six centuries.

In a secluded location away from the hustle and bustle but well connected with the airports of Dubrovnik (26km) and Tivat (30km), the hotel is just a few kilometres from the popular tourist spots such as Kotor, Perast and Herceg Novi.

Participants will have the chance to enjoy the idyllic surroundings while honing their investigative journalism skills.