New research by BIRN and Reporters Without Borders highlights the extent to which the Serbian media space has become dominated by a handful of boadcasters and media companies. 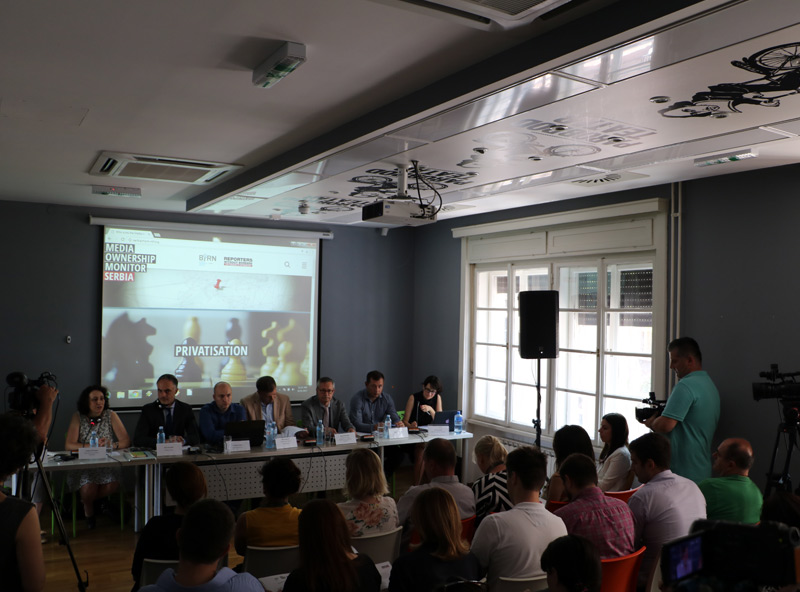 The biggest threats to media pluralism in Serbia are the concentration of audience and political influence over the media, according to research conducted by BIRN and the German branch of Reporters Without Borders.

BIRN and Reporters Without Borders on Wednesday also presented the website http://serbia.mom-rsf.org/rs/, which contains the database with information about media ownership and audience shares.

According to the research, 62.35 per cent of the audience in Serbia is shared between four broadcasters that own seven channels.

These are the national broadcaster, RTS, and its regional subsidiary in Vojvodina, RTV, TV Pink, then TV Prva and B92, both owned by Antena Group, and TV Happy.

A similar situation exists in print media, where 63.27 per cent of the audience is shared between the Ringier Axel Springer company, that publishes two daily tabloids, then Adria Media Group, that publishes the daily Kurir, Insajder Tim, which publishes the pro-government paper Informer, and Novosti, a company in which the state remains the largest individual shareholder.

According to BIRN Director Dragana Zarkovic Obradovic, the tabloids in Serbia are growing in influence and are “flourishing without a real economic basis”.

“The national media are getting a bigger share of public space and finance, while the local media remain unregulated, underfunded and prone to illegal practices, untransparent ownership and dealings,” Maksic said, according to Beta news agency.

Reporters Without Borders coordinator Nafisa Hasan said the research helped reveal the weaknesses of Serbia’s media sector, which is economically drained and susceptible to political influence.

Journalist Vladimir Kostic, who worked on the Serbian media database, which contains 48 broadcasters, said that even in newspapers with a long tradition such as Politika and Vecernje Novosti not even the employees know for sure who the owner is.

He added that there are no clear data on how much money from the state budget is spent on financing media content.