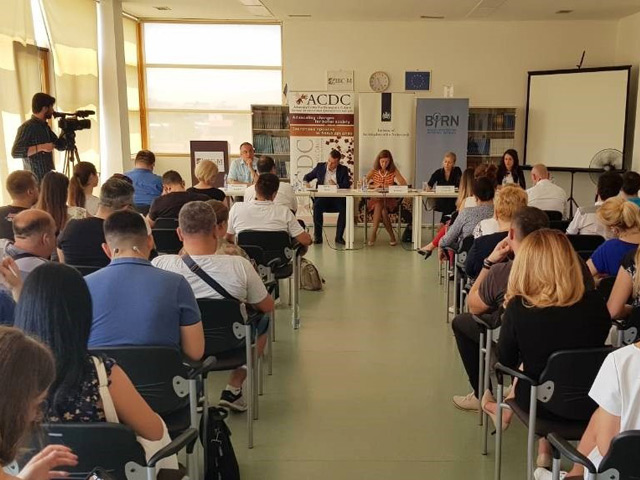 At the conference, the panellists talked about human rights and the Ombudsperson’s role, then participants had the opportunity to discuss the topic with experts who are directly or indirectly involved in dealing with human rights.

The panellists were Gerrie Willems, the Netherlands’ ambassador to Kosovo, Mehdi Geci, a representative of the Ombudsperson, Tatjana Lazarevic, editor of the KoSSev news website and Ljubisa Bascarevic, a human rights activist.

Ambassador Williams said that the objective of the project is to raise public awareness and encourage people to report relevant information to the Ombudsperson.

Ombudsperson’s representative Geci said only two per cent of all citizens’ reports to the Kosovo Ombudsperson come from Serb cizens in the north, and they are mostly related to the usurpation of property and prolongation of judicial cases.

Lazarevic from KoSSev claimed meanwhile that human rights are being violated on a daily basis in Kosovo.