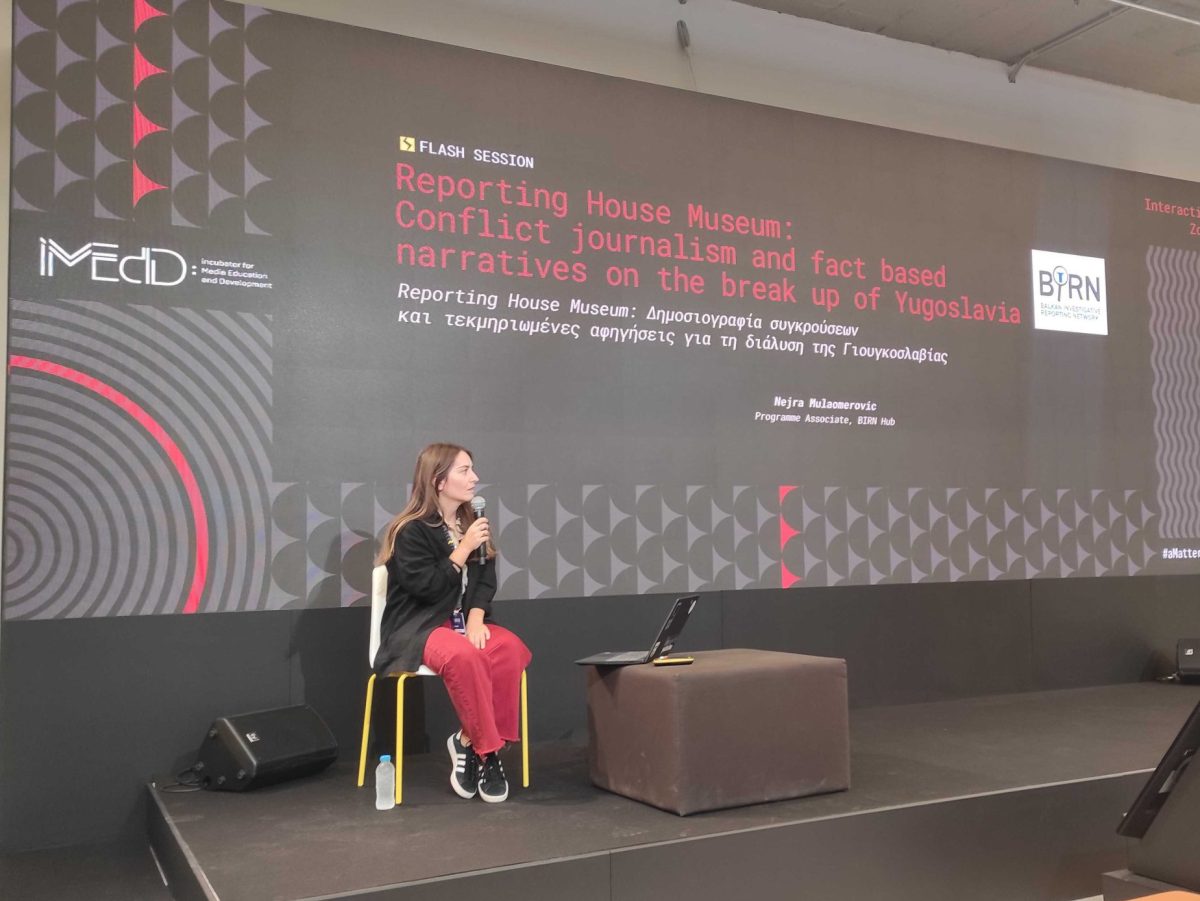 IMEDD, a Greek non-profit organization with a mission to support transparency and independence in journalism and promote meritocracy and excellence in the field, organizes the International Journalistic Week in Athens, where international organizations, journalists, and the student community meet to exchange experiences, opinions and knowledge.

Mulaomerović spoke to an international audience about BIRN’s initiative to create the first regional museum in the Balkans “built” by journalists and dedicated to them.

To ensure that transitional justice efforts are heard by a wider population, in 2021 BIRN started a bold initiative to create the first independent, non-profit regional museum in the Balkans that would bring the comprehensive story of the break-up of the former Yugoslavia and its aftermath to the attention of as many people as possible.

Guided by constant reevaluation and examination of the existing archives within BIRN and outside the network, a new direction emerged that unmasked a need for a distinct and reshaped approach to education and research within the transitional justice process, but also to role of media in it, in particular to disinformation and propaganda, but also the role that quality journalism plays.

“Journalists are engaged in creating the collection of the museum. We want to celebrate media workers who covered the war. A lot of people are not addressing the war trauma in our region. Reporting House would be a place where this topic will be discussed together with other issues of conflict journalism and transitional justice,” Mulaomerović said in her speech.

The museum will offer compelling, fact-based narratives on the break-up of Yugoslavia, the role of media propaganda in the war, war crimes in the former Yugoslavia, the life of journalists and media workers during the war and the overall challenges of war reporting in the 1990s in parallel with present conflict journalism challenges.

The goal of the museum will go beyond serving as a heritage venue of wartime history; despite the tragic events, BIRN wants to celebrate journalists, photographers and media workers who courageously reported the war and its aftermath, exposing atrocities and serious human rights abuses while maintaining the highest professional standards – despite the deadly risks they faced.