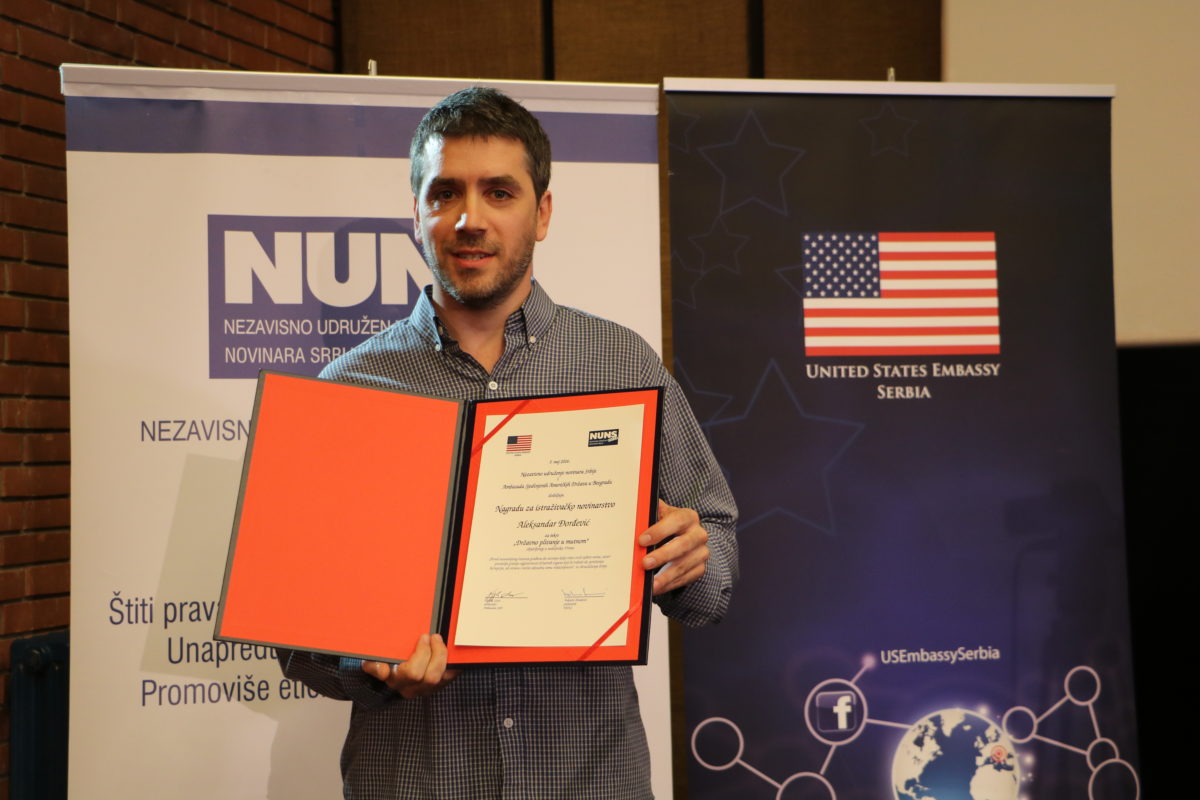 The award was given by the Independent Journalists Association of Serbia, NUNS, and the US Embassy to Belgrade at a ceremony on Thursday, May 5.

The investigation, produced by BIRN Serbia and published in the magazine Vreme, revealed how the Belgrade Business School, under pressure from government officials, unlawfully lent 7 million euros to heavily indebted companies that were unlikely to repay the money.

The jury said the story raised important questions about corruption and impunity in Serbia.

The award for the best radio and television investigation went to Vera Aksentijevic, journalist at the public broadcaster Radio Television of Serbia. The prize for online media was secured by Dragana Peco, Stevan Dojcinovic and Atanas Cobaov from investigative portal KRIK – Crime and Corruption Reporting Network – for a series of articles about the Mayor of Belgrade.

This is the fourth time BIRN Serbia has scooped the award for best investigation, and this year BIRN journalists were shortlisted for two other stories.

Jelena Veljkovic, BIRN Serbia journalist, and Vladimir Kostic, from the Serbian Center for Investigative Journalism, were among the finalists for their investigation into how politician Bratislav Gasic awarded contracts to companies linked to his family while he was a mayor of Krusevac.

Ivan Angelovski, Petrit Colaku, Kreshnik Gashi and Jelena Cosic were shortlisted in the online media category for a story revealing how a multi-million-dollar road construction contract was quietly handed to a consortium with little highway-building experience and linked to notorious businessman Zvonko Veselinovic.