BIRN’s Jelena Cosic was speaker on a panel entitled ‘Reviewing Europe’s Regulations on Arms Export Control: Can Germany lead by example?’, which took place on November 7 in Berlin. 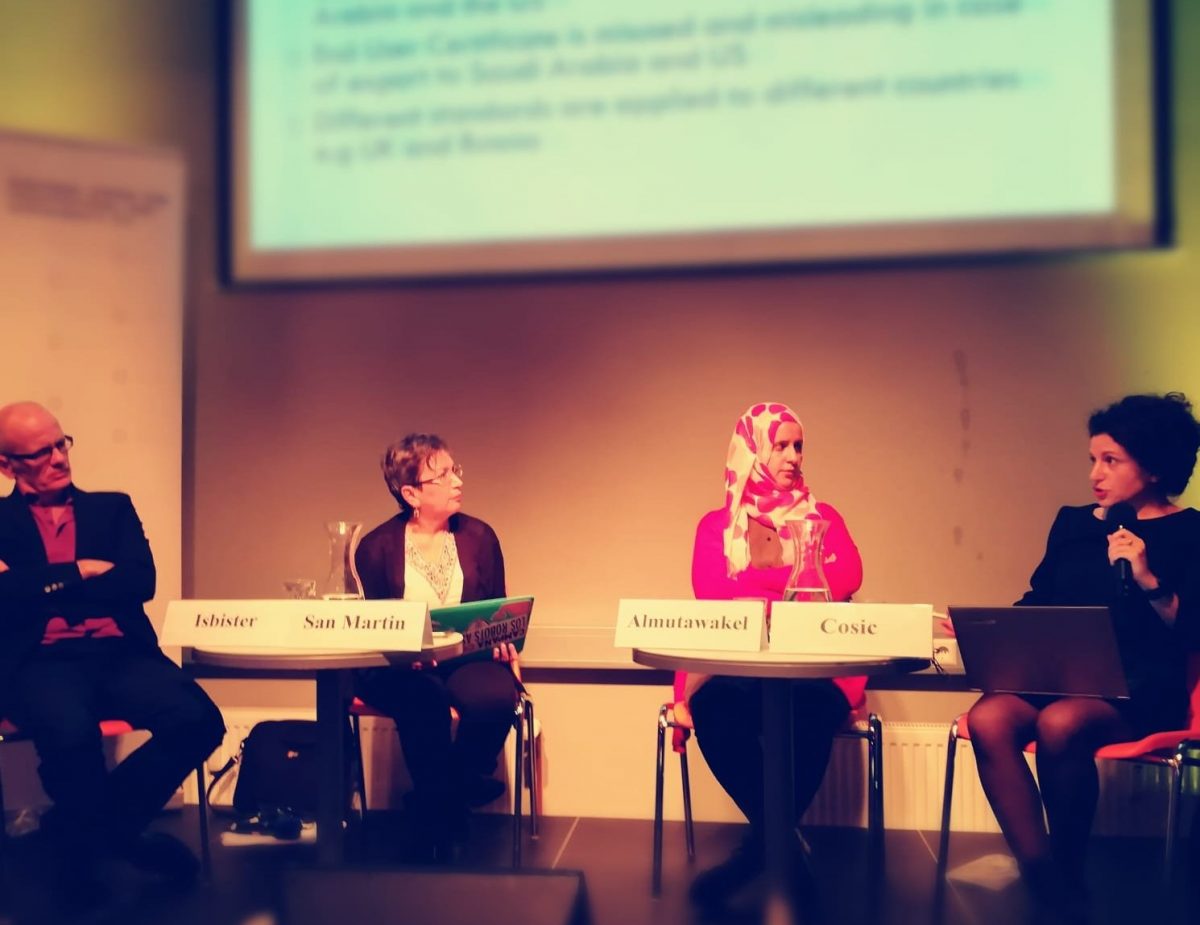 The topic of panel was arms exports from Europe that end up in Syria, Yemen and Mexico, and whether Europe’s regulations on arms exports are enough to prevent war crimes and human rights violations.

The topics were discussed within the context of Europe’s regulations on arms exports, the EU Common Position.

Panellist Radhya Almutawakel, chairperson of Mwatana for Human Rights in Yemen, presented cases of exported European weapons that are used in the Yemen conflict, while Sara San Martin expert from Centro de Estudios Ecuménicos from Mexico explained how Germany exported Heckler & Koch weapons to a different end-user than one one that was declared.

The moderator was Roy Isbister, team leader for arms units at the Saferworld organisation in London.

The organisers of the event were Saferworld, the European Centre for Constitutional and Human Rights, the Friedrich Ebert Foundation and PAX, Netherlands.