BIRN Serbia journalist Jelena Veljkovic was awarded a prize at a ceremony on Tuesday for the best investigative journalism story in Serbian online media. 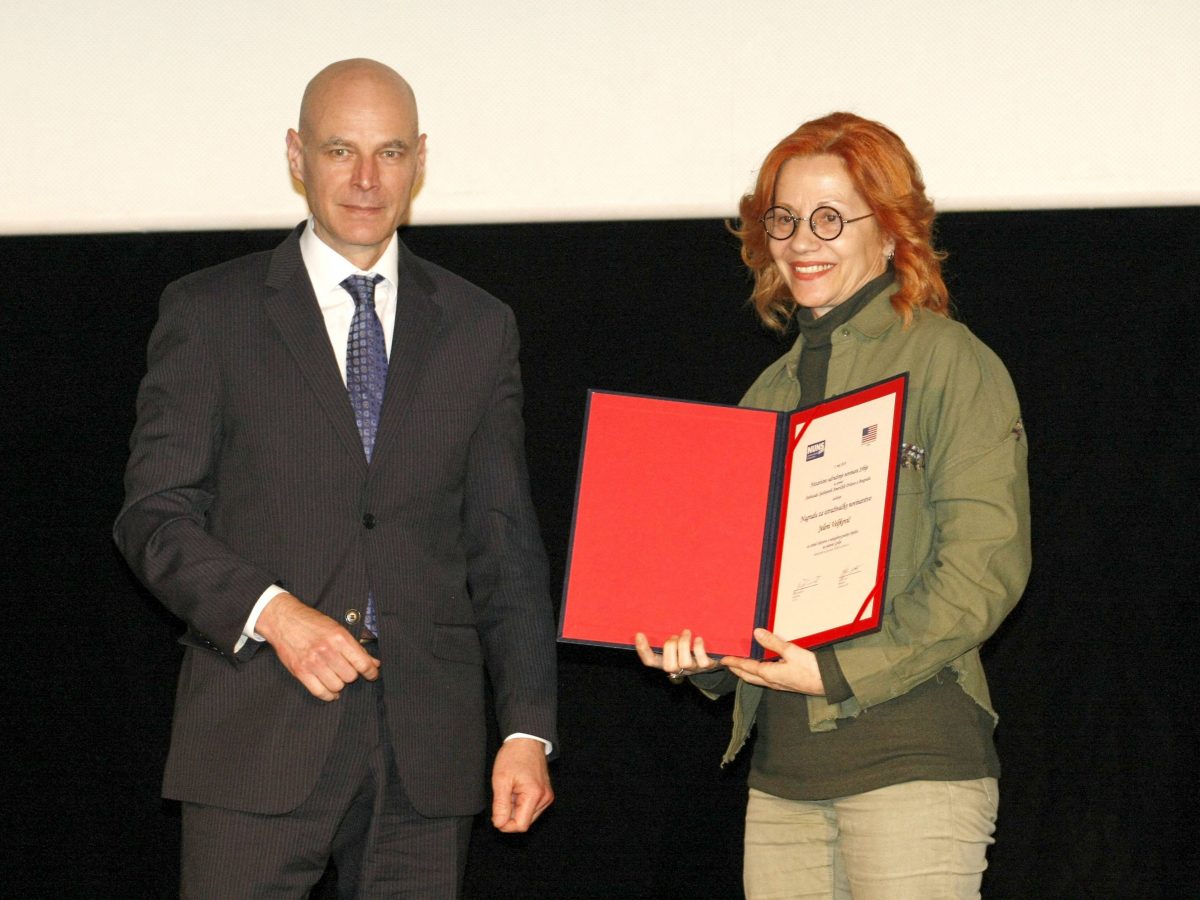 The award was given by the Independent Journalists Association of Serbia, IJAS, and the US embassy in Belgrade.

This is the sixth time BIRN Serbia has scooped the award for best investigation, and this year BIRN was also shortlisted for another story.

BIRN Serbia journalist Ana Curic was among the finalists for a series of articles on the illegal engagement of Serbian Progressive Party officials at the Medical School in Cuprija.

In the online media category, the Crime and Corruption Reporting Network and the Juzne vesti website were also on the shortlist.