BIRN presented its latest annual report on the state of digital rights in eight countries from the SEE region as part of its BIRN Open House series of events in Sarajevo. 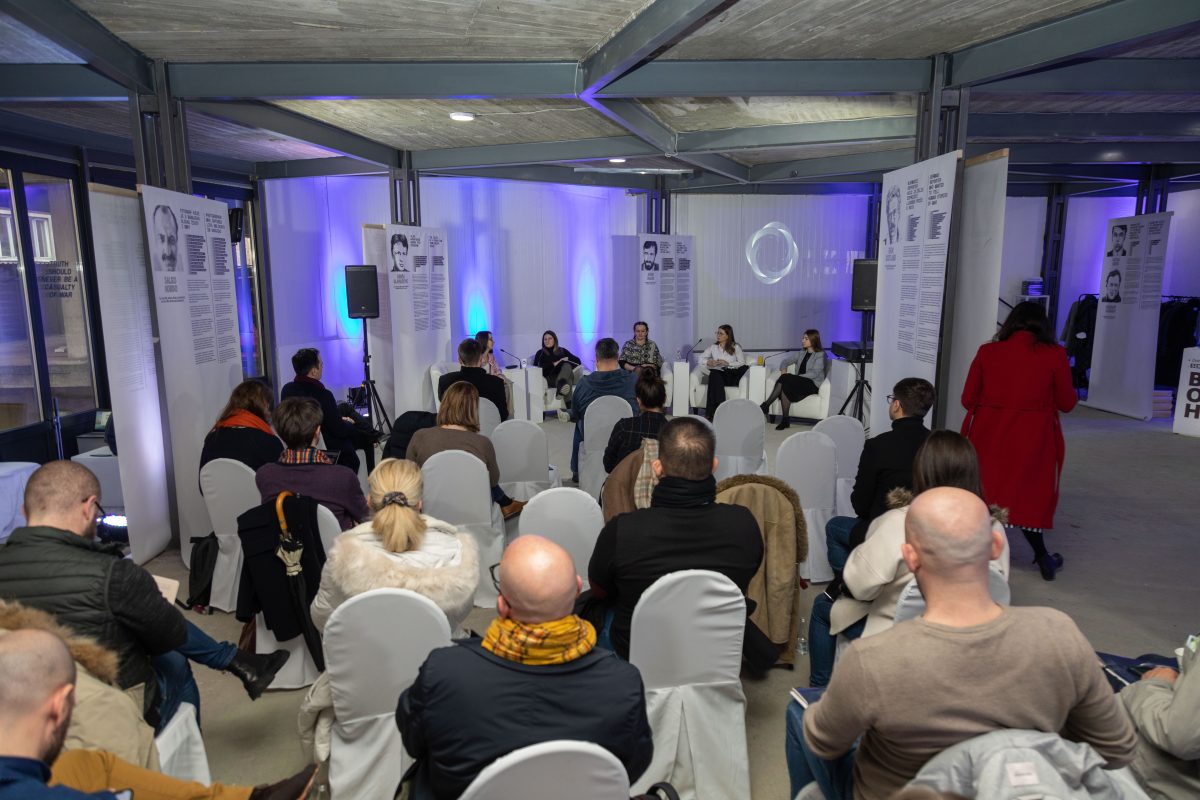 A presentation of the latest BIRN report on digital rights in Southeast Europe took place on December 16 in Sarajevo in the form of discussions among the regional digital rights actors who mulled the mapped trends and findings from different perspectives, focusing on Bosnia and Herzegovina.

The discussions examined what effects propaganda, misinformation and violence on the internet have on the reality and daily lives of citizens and vulnerable groups. Speakers in both discussions were CSOs and media representatives from Bosnia, Serbia and Montenegro.

The first discussion took a closer look at the report’s findings, where speakers from Bosnia elaborated the trends mapped in their country. Nevena Krivokapic from Share Foundation presented the situation in the digital environment in Serbia. 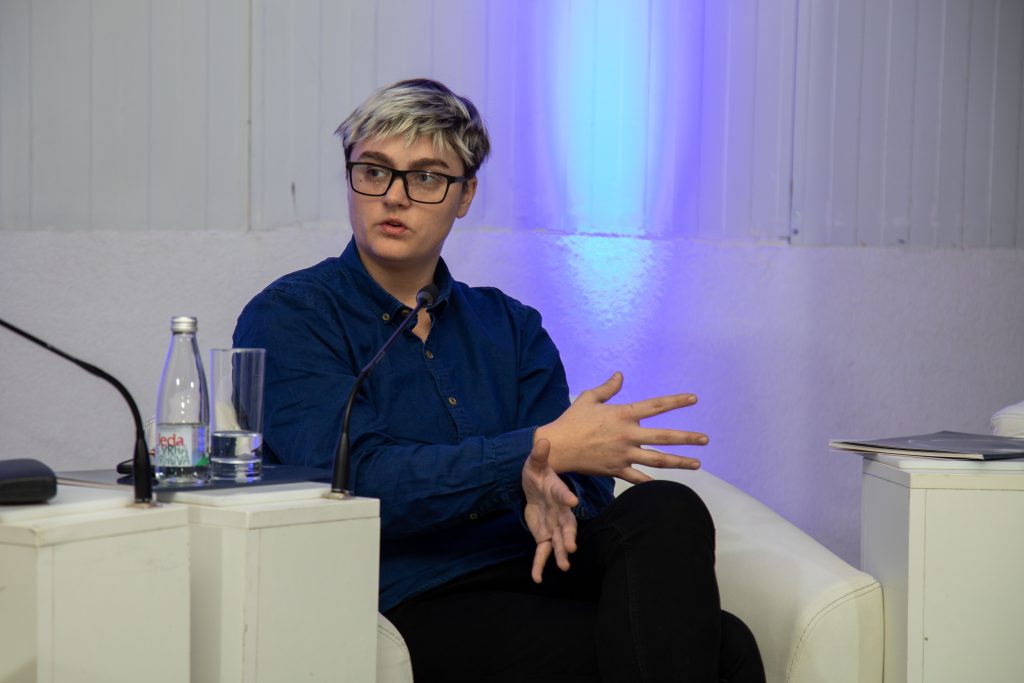 Participants discussed the denial of genocide and war crimes in the online space, while Ajna Jusic, president of the Forgotten Children of War association said that such behaviour on the internet brought further harm to victims, triggering their trauma.

She was saddened to see that most of the hateful content seen on the internet is produced and disseminated by young people. “We lack education on every level; young people are very strong when it comes to showing the keyboard, but very few of them are aware of the consequences of what they write on social networks,” Jusic said.

Nevena Krivokapić, from Share Foundation from Serbia, emphasized that that the internet has to remain a free and open space, but that accountability also has to exist. She did not see a solution in state interference and additional legal regulation of the internet. “We have laws that can be applied to the situation from the digital environment, but they are not implemented and big tech companies are still untouchable,” said Krivokapic. 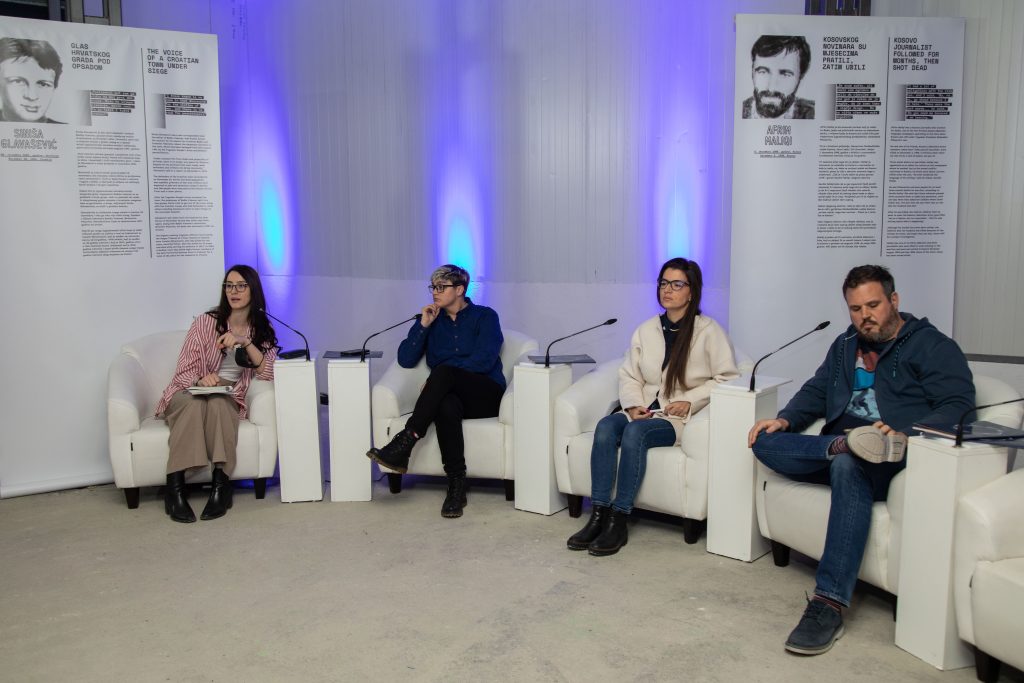 Darko Brkan, from Why Not? association, spoke about the importance of the role of the media, given that the report shows that investigative journalists in Bosnia often remain the target of threats, and online portals have often appeared as attackers in many cases.

“Every crisis situation further radicalizes people, so it was in the case with the coronavirus pandemic; we must work on a collective social consciousness that implies which behaviours are unacceptable in the digital space,” Brkan concluded.

The second part of the discussion was dedicated to far-Right groups and individuals, and their influence and exploitation of the internet. Nermina Kuloglija explained how the far Right is creating a “them- and-us” narrative in the COVID-19 pandemic as a way to gain followers and spread hate in the digital space . 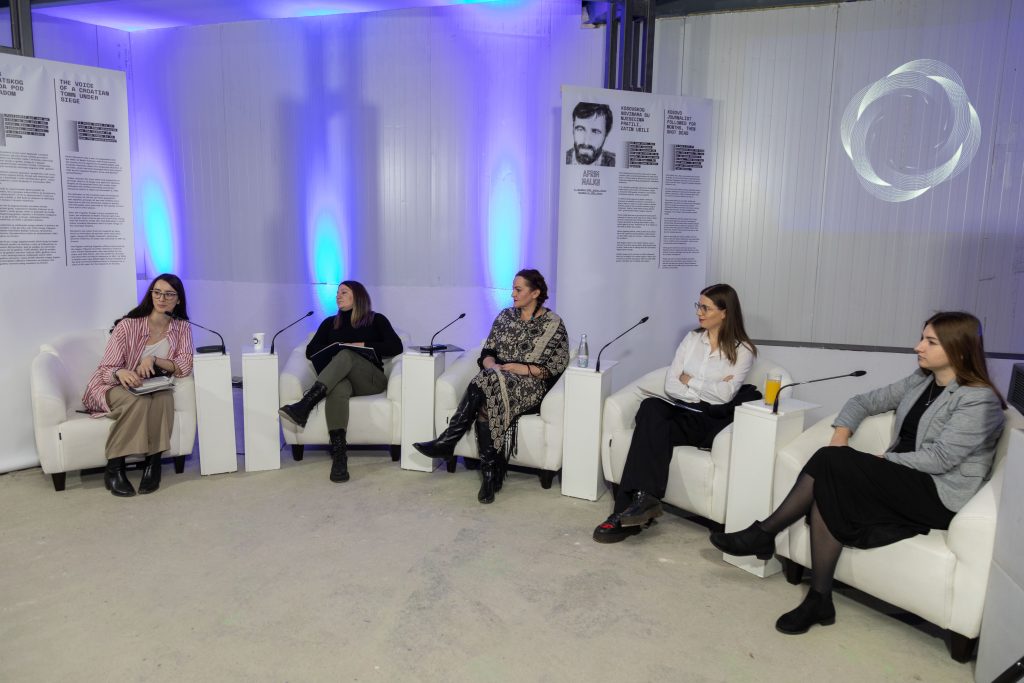 Nejra Veljan, from the Atlantic Initiative, said Right-wing narratives are not gender neutral and that the activities of the far Right usually deny basic reproductive freedoms, denying basic women’s rights.

Jelena Jovanović, from the media outlet Vijesti in Montenegro, warned that governments are doing very little to combat extremism and even encourage it if they can benefit from it.

Ana Petrović, from the Da se zna! assocation from Serbia, pointed out that members of the LGBT + community are often attacked by Right-wingers who “actually collect points” from this, treating their foes’ existence as a violation of traditional values ​​and as an attack on the family.

The discussions took place in the future Reporter’s House space that will from next year host BIRN’s museum, dedicated to media and journalists, war in former Yugoslavia and challenges to contemporary journalism.

The discussions concluded that the civil sector should continue to deal with the digital space without undermining the importance of internet freedom and principles of the open internet. Events in the digital space are no different from reality and only expose the reality we fail or don’t want to see, it was agreed; the frequency and influence of digital rights violations must not be neglected.

The full version of BIRN’s annual digital rights report “Online Intimidation: Controlling the Narrative in the Balkans” can be downloaded here.