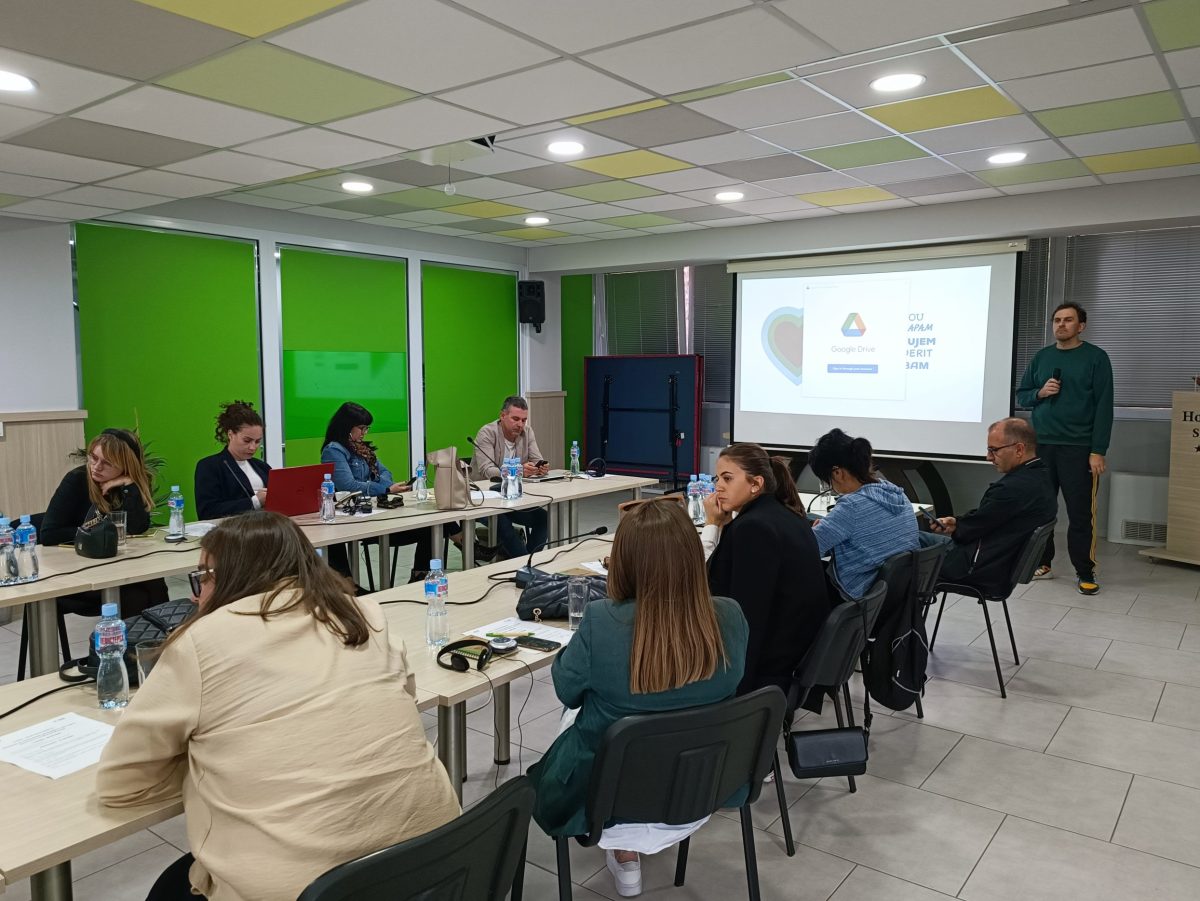 Over three days, participants learned from trainers Besar Likmeta and Dragan Gmizic how to form teams and investigate environmental issues in their countries.

The trainers shared what it takes to establish a research team, publish and follow up on your investigation.

“When you investigate and publish about sensitive issues, for example on some public officials breaking the law, it’s better to have a network of journalists standing behind you,” said Likmeta, on the importance of cross-border journalism.

On the second day of the workshop, the participants learned more about climate journalism from guest lecturer Angelina Davydova. “Climate journalism is complicated, but allows for international cooperation, cross-border reporting and many training opportunities,” Davydova said. Participants then discussed how to address climate change in stories they’re interested in.

Finally, participants discussed local environmental issues related to nearby Lake Ohrid with Vladimir Trajanovski, from SOS Ohrid, a citizens’ initiative, which is active in protecting the area and its environment.

“Investigative journalists in North Macedonia helped us a lot by writing in their way about topics we pointed out to them, and had a crucial role in exposing problems,” Trajanovski said.

At the end of the workshop, participants formed cross-border research teams and will work on stories in the next two months until they gather again.

This was a first workshop organized as part of the project entitled Going Environmental, which is financed by the German Ministry of Economic Cooperation and Development.