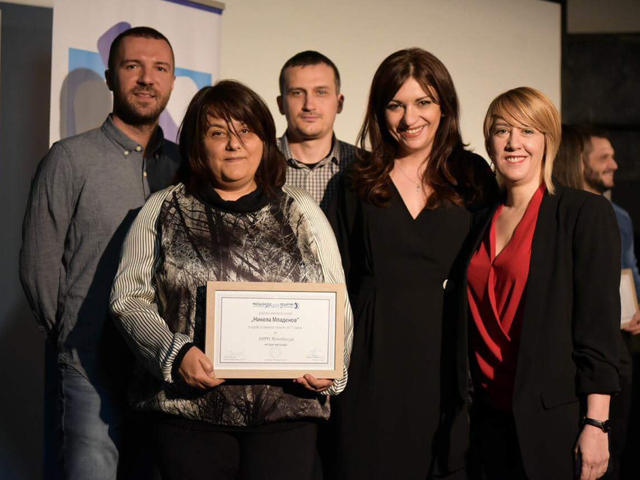 The prize was given for the Foreign Investments Uncovered database on foreign investments in Macedonia announced by the government from 2007 to 2016.

“BIRN’s journalists have provided the public with a comprehensive insight into the real value of foreign investments, as well as into the unjustified spending of huge amounts from the state budget to support the entry of foreign investments,” said Biljana Petkovska, director of the Macedonian Media Institute, which grants the award.

The first prize went to Menche Atanasova Tochi for a series of stories about suspicious imports of drugs, published on Nova TV’s website, a study that, according to the commission, showed serious abuses by state institutions and manipulation by some pharmaceutical companies.

The third prize was shared by Peter Klincharski for the story ‘Lost in 1,000 Translations’, which was broadcast by TV Alsat-M, and Liridona Veyseli for the story ‘Where is the Jihadist’s Headquarters in Macedonia?’, published on the Zhurnal website.

The award was given for the 17th time, as part of efforts to promote professional journalism and democratic values ​​in the country.