BIRN Macedonia has launched a new database called ‘Foreign Investments Uncovered’ which indicates that the amount of these investments is seven times lower than announced by government. 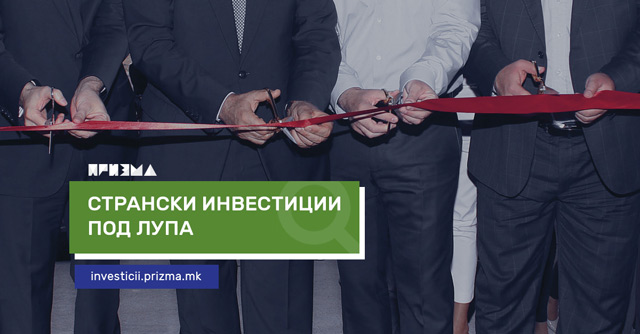 The ‘Foreign Investments Uncovered’ database, launched by BIRN Macedonia  on January 23, also indicates that the number of workers employed as a result of these investments is three times fewer than announced by government spokespeople.

The database contains details of 138 investments that have been announced or promoted between 2007 and 2016 by government officials.

It shows that 43, roughly one third, of the announced investments have not been completed or have failed.

It also shows that 25 foreign companies have been subsidised by the government to invest or work in the country, but the amount that has been given to the companies as subsidies remains unknown.

According to the database, only four companies have invested the amount that has been announced, or slightly more.

The others have invested significantly less than announced by the government, or have not invested at all.

Foreign Investments Uncovered’ provides a resource for future investigations into this topic. The database is accessible at the following link: investicii.prizma.mk.

This database is scalable and will be updated in the future when new information is available.

This database was published within the Project for Investigative Journalism and Cooperation between the Media and Civil Society, part of the USAID Program for Strengthening the Independent Media in Macedonia.