On September 24 in the municipality of Kamenica, BIRN Kosovo held the first of its series of debates discussing the findings of its audit reports monitoring project, which analyses reports published by the National Audit Office, NAO, on Kosovo’s municipalities. 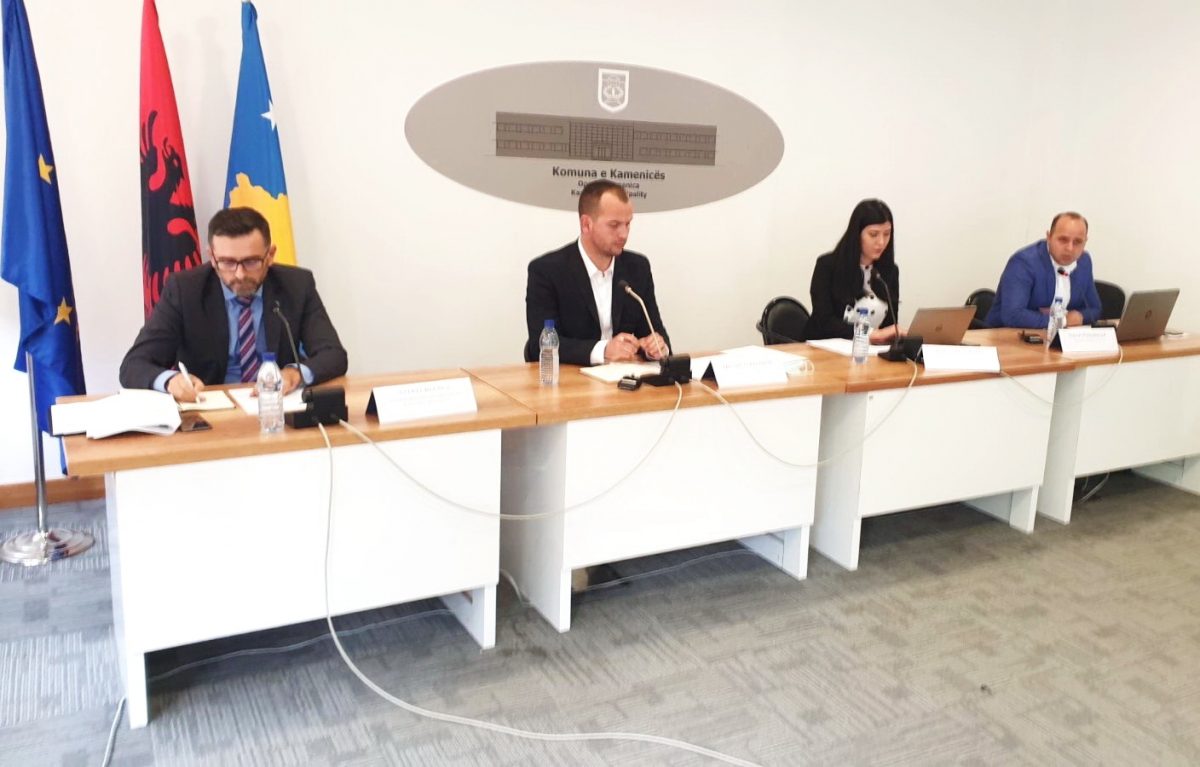 The results of BIRN’s monitoring and analysis were published and discussed in an open debate with more than 30 participants from the municipality, the National Audit Office and civil society organisations. The debate was also streamed live on BIRN’s anti-corruption platform KALLXO.com.

Visar Prebreza, BIRN Kosovo’s managing editor, gave a brief presentation about the project and its findings, stating that the municipality of Kamenica has performed well in increasing its capital investments. Prebreza also praised the municipality for its positive assessment from the NAO.

Qendron Kastrati, the mayor of the municipality of Kamenica, said that “for the best functioning of an institution, the most important aspect is the audit, whether it is an external or internal audit”.

Kastrati said that the NAO’s opinion is motivating the municipal administration to advance further.

During the debate, Astrit Bllaca, the Head of the Audit Department of Municipalities from the National Audit Office, stated that the municipality of Kamenica had spent 92 per cent of its final budget for 2019, 2 per cent more than in 2018.

Bllaca added that controls over revenues and expenditures are generally appropriate, but that further improvements are needed in subsidies, capital investments, the management of assets, liabilities, and the classification of expenditures in the appropriate economic category.

As well as providing a forum to discuss the implementation of recommendations given by the NAO, the debates also give BIRN the opportunity to record promises made both by the General Auditor and the municipality of Kamenica, to be followed up through KALLXO.com’s fact-checking platform, Krypometer.

The debate in Kamenica was organised within the framework of a project called ‘Support civil society to increase public oversight and accountability of Kosovo public institutions’, funded by the British embassy in Pristina. This specific activity is organised as part of a component looking into the compliance of targeted institutions with recommendations from the Auditor General’s reports.