BIRN Serbia  journalists Jelena Veljkovic and Aleksandar Djordjevic have won this year’s Dejan Anastasijevic Investigative Journalism Award in the online media category for a series of articles about the father of the Serbian interior minister’s involvement in arms trading. 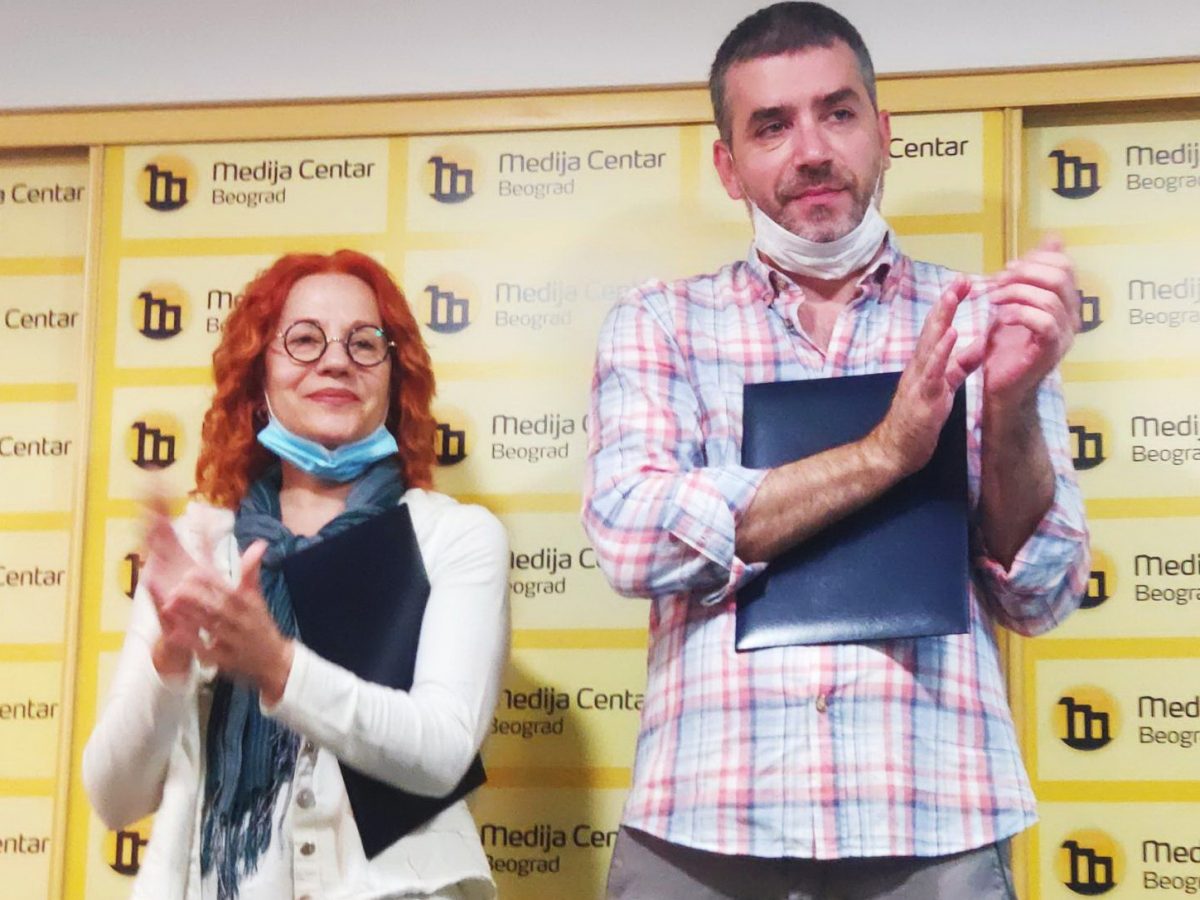 The prize was awarded on Thursday by the Independent Association of Journalists in Serbia with the support of the US embassy in Belgrade. This year, the award was renamed after the late Dejan Anastasijevic, a highly respected Serbian journalist.

BIRN’s story investigated how the minister’s father was buying weapons at preferential prices from the weapons manufacturer Krusik and then selling them at drastically higher prices.

In 2018, BIRN published the first article based on the testimony of a whistleblower from Krusik, Aleksandar Obradovic, and continued uncovering new facts through 2019. The story became one of the biggest political scandals in the country in 2019.

Vuk Cvijic, a journalist from weekly news magazine NIN, was given the Dejan Anastasijevic award in the print media category, while Adam Santovac was awarded for a documentary made for N1 TV in the broadcast media category. Masina and Juzne vesti’s newsrooms were awarded for making special contributions to investigative journalism.

This year, BIRN was also nominated for the cross-border investigation Illumination of Serbia, Hungarian Style, and Dragan Gmizic’s documentary ‘Predators’ about fish theft, co-produced by Greenfield Production from Novi Sad and BIRN.