BIRN Serbia, together with The Independent Journalists’ Association of Serbia (IJAS) and the Slavko Curuvija Foundation organised a debate on October 20 about models and transparency of state media financing. 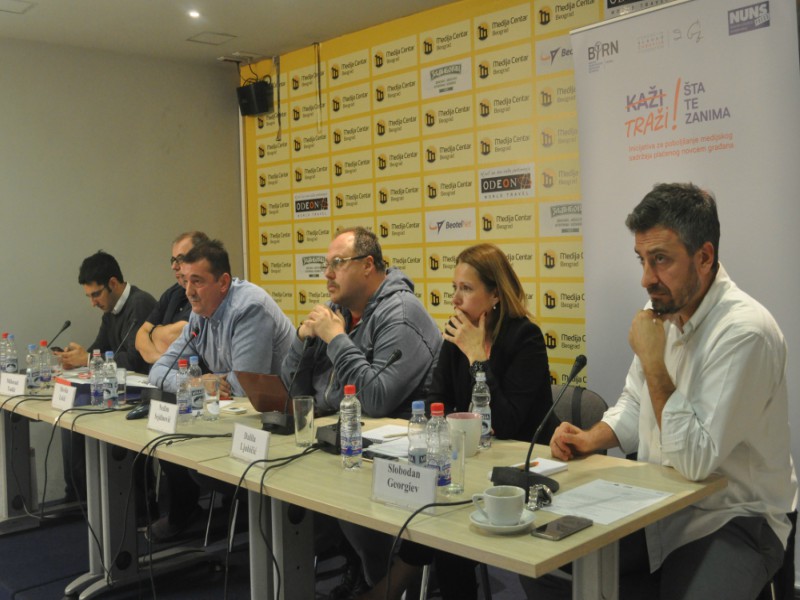 The panellists spoke about the importance of the better regulation of project-based co-funding in the media sector and offered proposals for a new media strategy.

Media content that is created in the public interest needs to be better defined in the new media strategy, they agreed.

They also said that it is important to improve work of the expert commissions for allocating funds by defining the term ‘media expert’.

The debate was organized as part of a Public Money for the Public Interest project that BIRN Serbia is implementing with the Independent Journalists’ Association of Serbia and the Slavko Curuvija Foundation.