BIRN will host a regional conference on access to information and media reporting on investigative and judicial proceedings in cases of organised crime and corruption on Thursday in Sarajevo. 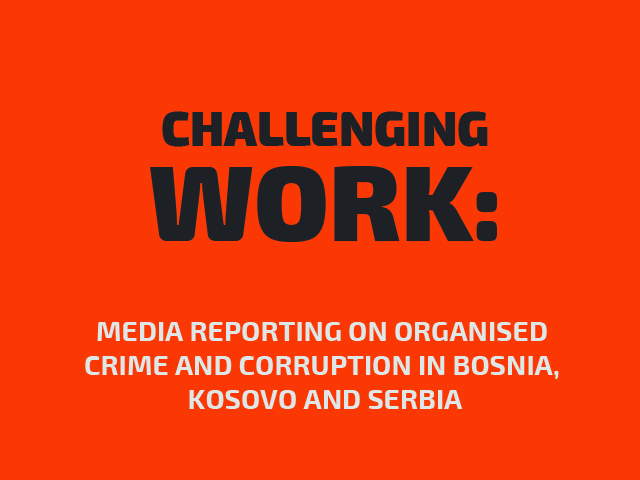 The conference is being organised as part of a project entitled ‘Exercising Freedom of Expression and the Openness of State Institutions in Bosnia and Herzegovina, Kosovo and Serbia’, supported by German Foreign Office Stability Pact funds and implemented by BIRN Hub in cooperation with BIRN Serbia and BIRN Kosovo.

In 2017, BIRN undertook a regional study which examined how the media report on organised crime and corruption in Bosnia and Herzegovina, Kosovo and Serbia.

The study also sought to identify the challenges and constraints faced by media organisations across the region when it comes to reporting on organised crime and corruption.

The media monitoring was carried out in the period from April-June 2017 and involved six media outlets in Bosnia and Herzegovina and Serbia respectively as well as five in Kosovo.

In-depth interviews were conducted with 72 people during this period – 29 in Bosnia and Herzegovina, 22 in Kosovo and 21 in Serbia. Among those interviewed were a broad range of current or former judges, prosecutors, policemen, lawyers, editors, journalists, politicians and experts.

The project resulted in three unique country-based analyses and one cross-regional analysis, the first such study to offer a regional perspective on this topic.

The findings will be presented on Thursday in Sarajevo, together with a debate divided into three panels, including guests from the media, police and judiciary across the region, who will conduct a dialogue on issues arising from the analyses.