Forty local civil society representatives attended two workshops in Belgrade in May as part of the “Public money for public interest” project, which is being implemented by BIRN Serbia in cooperation with the Independent Association of Journalists of Serbia and Slavko Curuvija Foundation, and financed by the European Union. 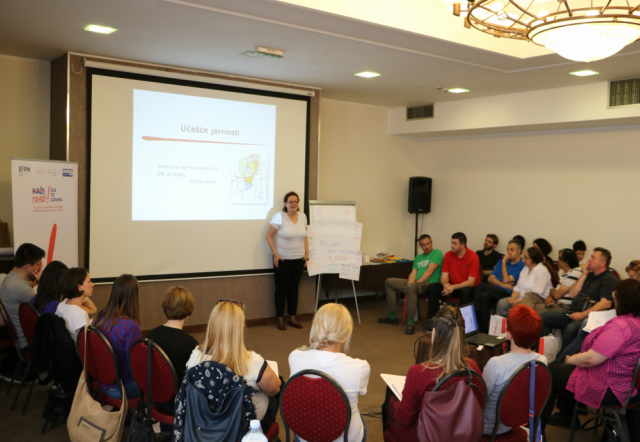 The workshops focused on education in the fields of defining the public interest in the media and monitoring the flows of public money in the local media.

The first workshop from May 15-17 gathered 14 organizations across Serbia that were interested in learning how to include citizens in the process of defining, implementing and monitoring the public interest in the media.

Through practical work, participants had chance to familiarize themselves with conditions and obstacles related to the implementation of participatory projects.

The second workshop, entitled “Research techniques and monitoring public money in the media sector,” ran from May 24-26.

Twenty CSO representatives were introduced to basic models and mechanisms on how public money is spent in the media sector. During the workshop participants acquired skills that will enable them to monitor the effect of spending public money on media content creation.

Both groups of participants will have an opportunity to continue working on the “Public money for public interest” project as researchers or as grantees in further project phases.