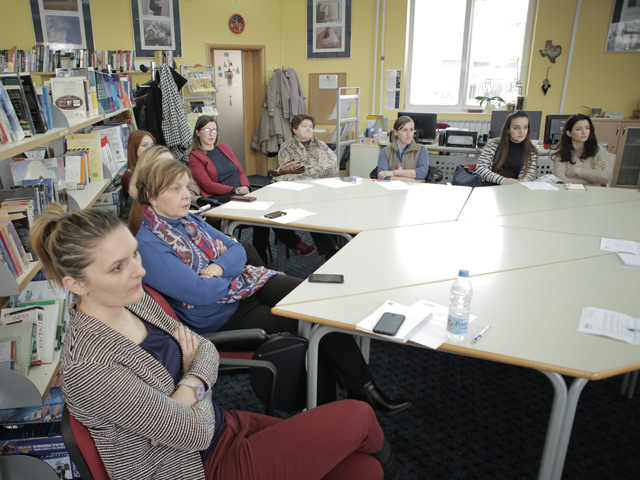 Fifteen activists from 11 non-governmental organisations from Banja Luka, Bihac and Buzim were given training to raise the profile of their cause in mainstream media.

After theoretical advice about the importance of taking an active part in public debate and the usage of social networks in NGOs’ work, BIRN BiH staged a practical workshop. The participants gave interviews on camera, watched the results, and were given feedback and recommendations about their on-screen presence and speaking style.

In order to improve interaction with their audiences on social networks, they were introduced to the targeted boosting of Facebook posts. A set of guidelines on writing and distributing public statements was offered, as well one about sending official emails.

BIRN BiH held the four ‘Let’s Hear Women’ workshops in Sarajevo, Tuzla, Mostar and Banja Luka, supported by the US Embassy in Bosnia and Herzegovina.

A total of 46 women from 32 organisations were given training in public speaking and media communication.