BIRN Kosovo held a debate on November 19, presenting findings from its analysis of the Auditor General’s reports for the municipality of Peja/Pec. 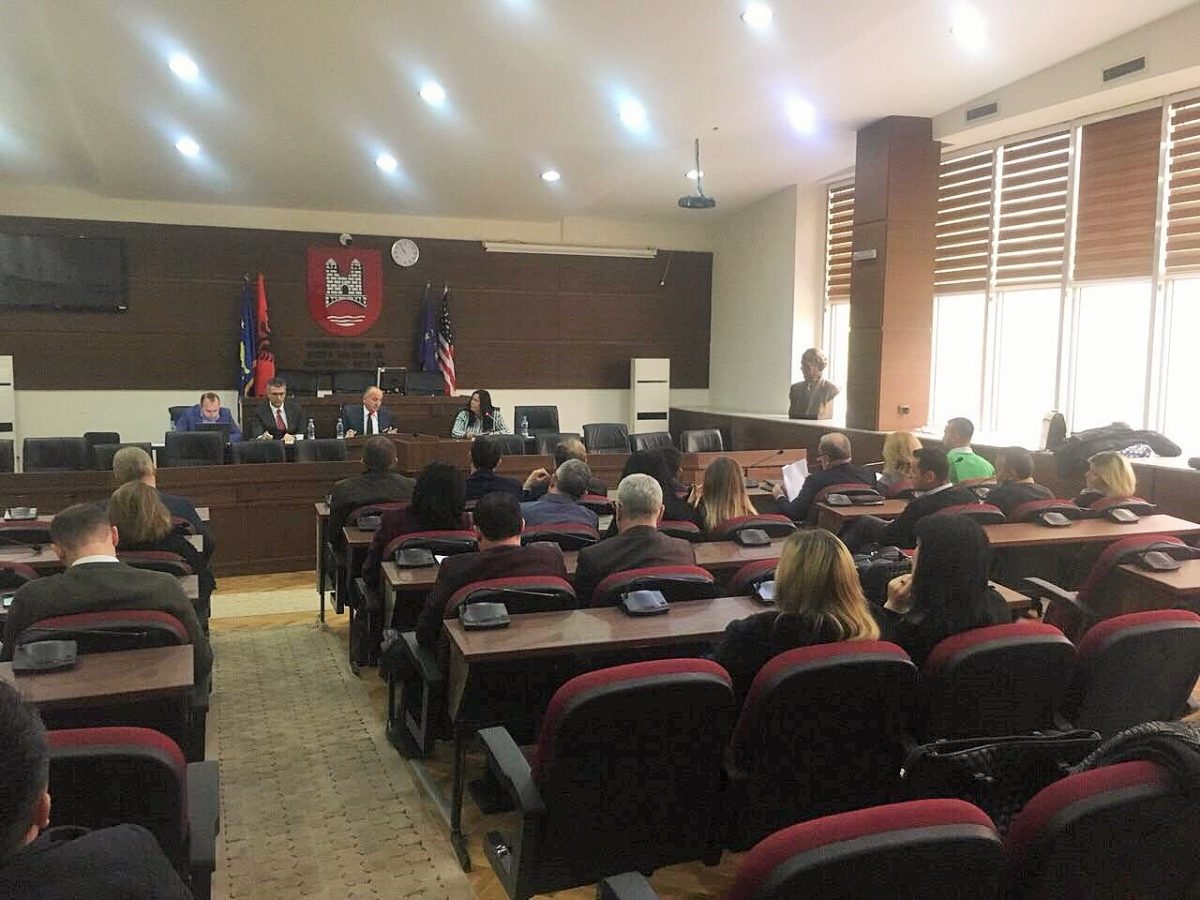 The debate at the municipal assembly was attended by more than 30 participants including representatives of the municipality, the Auditor General and civil society.

Visar Prebreza, editor at BIRN Kosovo, gave a brief presentation about the project and introduced the findings of the analysis.

The mayor of the municipality, Gazmend Muhaxheri, discussed the audit situation and crucial issues in Peja/Pec. Muhaxheri called on BIRN Kosovo to monitor all auditing processes in the future.

The third speaker was a representative of the Auditor General, Ilir Salihu, who discussed in detail the achievements and obstacles to auditing in the municipality of Peja/Pec.

Salihu said that municipalities should sit down with the auditors and discuss the recommendations they are given.

“It is crucial that complex recommendations are followed by a dialogue between the auditor and municipal officials in order to prevent uncertainties that can be reflected in the implementation and measurement of recommendations,” Salihu said.

Following a discussion of BIRN Kosovo’s analysis, audience members asked questions and expressed criticism of the work of the municipality in implementing the audit recommendations.

BIRN Kosovo journalists recorded the promises made by the General Audit and the municipality to be followed up and fact-checked by Krypometer, BIRN Kosovo’s fact-checking site.

This debate was organised within the framework of the project ‘Support civil society to increase public oversight and accountability of Kosovo public institutions’, funded by the British Embassy in Pristina. This part of the project looks at compliance by institutions with recommendations in the Auditor General’s reports.

Similar debates will be held in other municipalities to present the findings of BIRN Kosovo’s analysis of the implementation of audit recommendations. Each debate will be held at municipal assemblies and will be livestreamed by BIRN Kosovo.