BIRN gathered with grantees, mentors, and partners at the final event in Novi Sad from May 18 to May 19th to share the impact, success stories and lessons learned from the “Media for All” project. 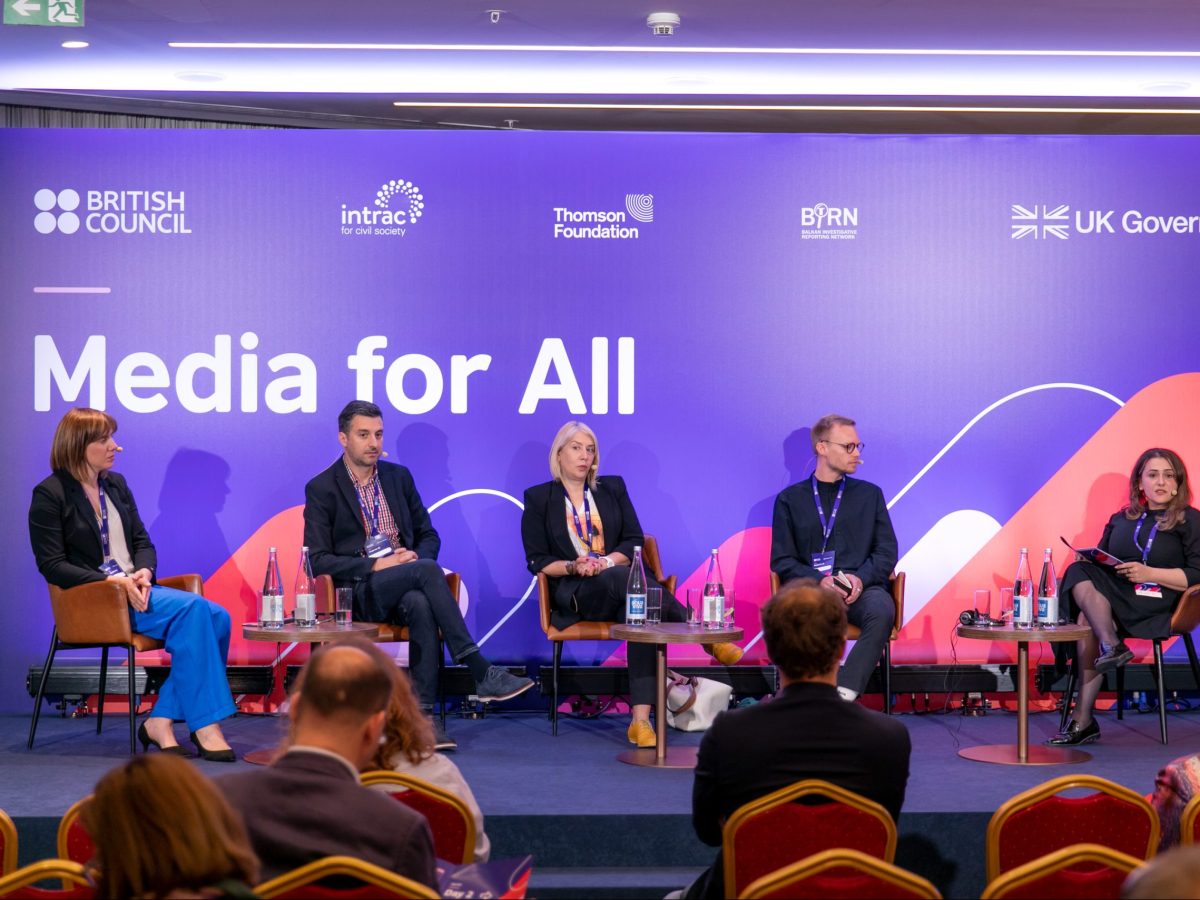 The event was an occasion to meet 51 media outlets that implemented the Engaged Citizens Reporting tool, ECR, which BIRN developed to introduce  engagement journalism in the region.

During the two days, participants heard from Aida Ajanovic, BIRN’s Project Manager, about the importance of engaging communities in reporting.

“Today’s audience is a no longer passive recipient or consumer of news and information but an active participant who is asking questions, sharing insights and evidence,” Ajanovic said.

Several panel discussions, sharing success stories from the region and beyond, further emphasised the importance of engagement journalism.

Chris Walter, Head of Communities at On Our Radar, from the UK, a guest speaker, explained their work in engaging communities in reporting.

He talked about their manifesto, which revolves around the idea that people have the right to tell their own stories in their own words and in their own time and that technology is a tool for listening, not just for broadcasting.

Giving an example, he explained how they had trained a network of community reporters in the UK experiencing homelessness to use their mobile phones to track the impact of the COVID-19 pandemic on their lives.

Participants at the conference also heard from the director of BIRN Macedonia and a mentor on this project, Ana Petrusheva, about the challenges that media outlets in North Macedonia had to overcome to successfully implement the ECR tool.

The event was an opportunity for BIRN’s grantees to share impactful examples and meet other project grantees and exchange ideas and spread the word about the benefits they experienced from engaging with their communities.

One significant benefit is the additional leverage for impact in front of relevant institutions. BIRN’s grantees gave numerous examples across the region, ranging from influencing the openness of national institutions to solving different communal problems in the cities where they live.

The “Media for All” project was implemented in six countries in the region: Albania, Bosnia and Herzegovina, Kosovo, North Macedonia, Montenegro and Serbia.

The project is funded by the UK Government and implemented by a consortium led by British Council together with BIRN, Thomson Foundation, and Intrac.