The Balkan Investigative Reporting Network in Albania held a workshop on November 2 in Tirana, where its database with the asset declarations of appeals court judges was presented to journalists. 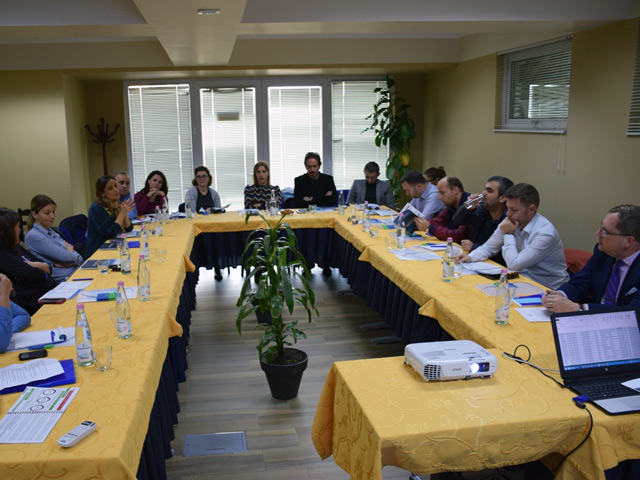 The database contains the data from the asset declaration disclosures of 81 appeals court judges made from 2004 until 2014, and was introduced as a resource for journalists looking into stories on the hidden assets of justice officials.

About 20 mid-career journalists from local and national media participated in the workshop, which provided a guide to the data collected in the database, as well as the methods and techniques of investigative journalism used by BIRN Albania to investigate the hidden assets of Albania’s justice officials.

During the workshop BIRN Albania also presented a report entitled The Integrity of Career Judges in the Republic of Albania, which analyzes the data of the asset declaration of appeals judges, highlighting suspicious transactions based on internationally-recognized red flags.

The workshop was aimed at strengthening the skills of journalists to look closely at systemic issues of illicit wealth, with a special focus on the red flags raised by the analysis of asset disclosures by appeals court judges conducted by BIRN Albania.

The training is part of a project called ‘Exposing Illicit Wealth in the Albanian Justice System’, supported by the Democracy Commission Small Grants Programme of the US Embassy in Albania.

The workshop will be followed by an open call for three investigative grants for stories on the illicit wealth of judges and prosecutors.