Six national public service broadcasters from the Western Balkans signed a memorandum of understanding in Tirana on June 27, officially marking the start of the project ‘Technical Assistance to Public Service Media in the Western Balkans’, funded by the EU to the sum of 1.5 million euros. 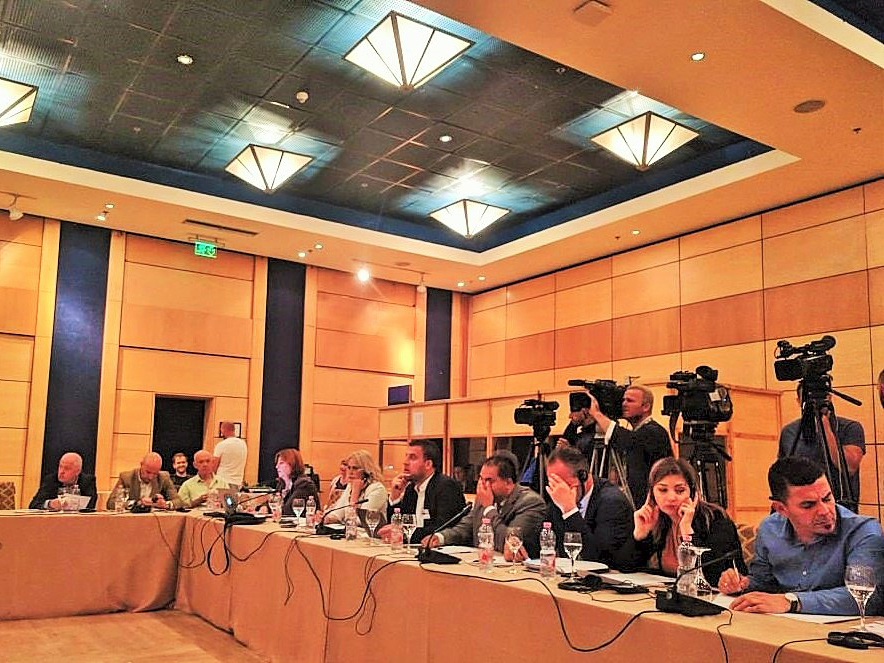 The aim of the project, which will run for the next two years, is to strengthen the independence, accountability and programming output of public service broadcasters RTVSH (Albania), BHRT (Bosnia and Herzegovina), RTK (Kosovo), MKRTV (Macedonia), RTCG (Montenegro) and RTS (Serbia).

The project will deal with three core objectives – promoting European standards and best practices across the Western Balkans, generating synergies between public service media and regional exchanges on policies and practices for a new phase in the media reform process, and expanding and supporting cooperation on investigative journalism, youth programs and regional exchange of digitised archive materials.

BIRN will be the lead partner in building the capacities necessary to produce in-depth investigative reports. Making qualitative and trustworthy investigative journalism available to citizens is one of the key objectives of the project. During the project, BIRN will be offering local journalists from public service media the chance to work under the mentorship of world-renowned experts.

Over 60 representatives of public service media, international organisations, politicians and regulators discussed at the meeting in Tirana the best ways to help and support public service media in the Western Balkans. The meeting follows six months of intensive work to outline the scope of the project and the areas for cooperation and focus.

Launching the project, EBU director General Noel Curran said: “It is more important than ever to protect the editorial and institutional independence of public service media. As a community, we can make a positive impact on media and, by association, democracy throughout the Western Balkans.”

Karl Giacinti, programme manager at the European Commission, said that the EU sees reforms in public service broadcasters as an important part of the overall democratisation process toward EU accession and beyond.

“The reforms have been priorities for years and the EC is impatient to see improvements. We want to see reforms moving ahead visibly. For all these reasons, the EC decided to launch this project and will further invest in this sector to support the production of independent qualitative contents. Additional regional funds managed by Brussels and national funds from the EU Delegations will be available for this and similar initiatives,” said Giacinti.

Head of the EU Delegation to Albania, Romana Vlahutin, spoke of the importance of public service broadcasters’ independence.

Besides public service broadcasters as the main beneficiaries, the project will include cooperation with national parliaments, broadcasting regulatory authorities and relevant media NGOs.