Greek freelance multimedia journalist Alexia Tsagkari was awarded first prize for the 2017 Balkan Fellowship for Journalistic Excellence programme at a closing ceremony in Budapest on Thursday. 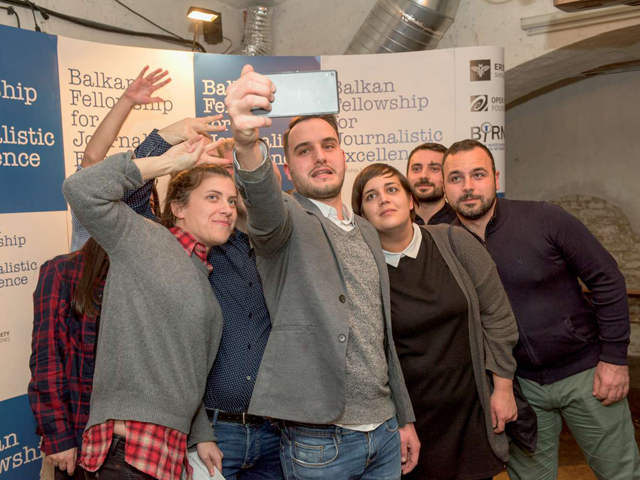 Tsagkari won the prize of 4,000 euros for her exposé of the abuse facing lesbian, gay, bisexual and transgender, LGBT, asylum seekers on their journey to a safe haven in Europe.

The second prize of 3,000 euros went to Romanian journalist Octavia Coman for his exploration of the complacency, bungling and discrimination that led to a deadly measles epidemic in Romania.

Third prize and 1,000 euros was awarded to Serbian journalist Vladimir Kostic for his investigation into illegal campaign financing by Serbia’s ruling Progressive Party.

Jury members praised Tsagkari for her intimate portrayal of life on the road for LGBT refugees travelling through Turkey and Greece — and the failure of host countries and the humanitarian system to protect them from appalling violence and intimidation.

“Alexia did an extraordinary job of winning the trust of one of the most vulnerable groups within an already vulnerable group,” said jury member Elena Panagiotidis, editor for Swiss daily Zürcher Zeitung. “At a time when people are fed up with refugee stories, she shed new light on the issue, and at considerable risk to herself.” 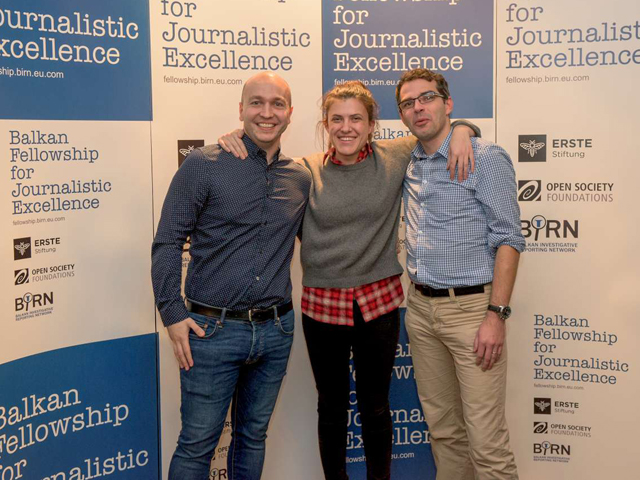 Jury members singled out Coman and Kostic for their nuanced work on difficult investigations.

“Octavian’s is a skillfully crafted story on a complex yet socially very relevant topic exposing the failure of the Romanian healthcare system through the example of a measles epidemic that has so far claimed 36 lives and infected around 10,000 people,” said Kristof Bander, deputy chairman of the European Stability Initiative.

Speaking of Kostic’s investigation into the use of proxy donors to fill campaign war chests with cash from secret sources by Serbia’s ruling party, Adelheid Wolfl, correspondent for Austrian daily Der Standard, said: “Vladimir not only revealed the arrogance and sense of impunity of the ruling party, but by showing the facts, he contributed to transparency and accountability.”

The jury congratulated all of this year’s fellows on the high level of their work, which included stories on organised, crime, corruption, public health, nationalism, the environment and human rights.

A publication titled Change: The Trials of Transition brings together their work and was presented at the award ceremony in front of guests including media partners from around Europe. 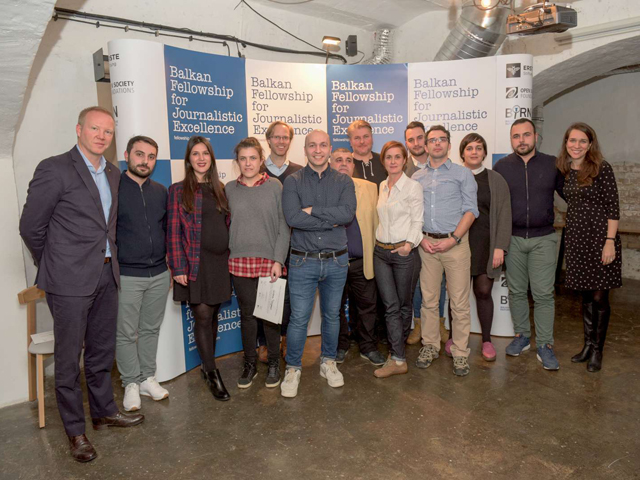 With the conclusion of this year’s programme, the 10 fellows join the BFJE alumni network, which consists of more than 90 journalists from 10 Balkan countries who collaborate on stories and promote the highest professional standards.

The Balkan Fellowship for Journalistic Excellence was launched in 2007 to promote high-quality, cross-border reporting. The programme provides fellows with financial and editorial support, enabling them to travel, report and write their stories and develop their journalistic skills.

The fellowship will issue a call for applications for next year’s programme in January 2018.

The Balkan Fellowship for Journalistic Excellence is implemented by the Balkan Investigative Reporting Network, supported by ERSTE Foundation and Open Society Foundations.