Dzana Brkanic, who joined the BIRN team in May 2013, has been working as a journalist since 2005 after beginning her career as a reporter for Radio Free Europe. Since December 2019 Brkanic acts as a Deputy Editor in BIRN BiH. 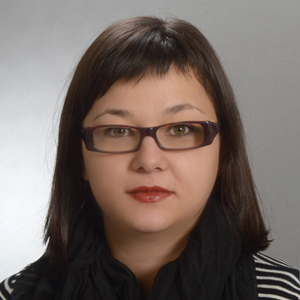 She has worked as an editor and journalist for several media outlets in Bosnia and Herzegovina including daily newspaper Dnevni Avaz, TV Sarajevo and Alfa TV, researching and reporting on politics, the economy, crime, culture and other issues.

Prior to joining BIRN, Brkanic worked as communications officer for the Media Intelligence Agency (MIA), becoming a PR specialist with in-depth knowledge of the media scene in Bosnia and Herzegovina and the region.

She graduated in journalism at the Faculty of Political Sciences in Sarajevo.

Chairman of the Board
Journalist, The Economist